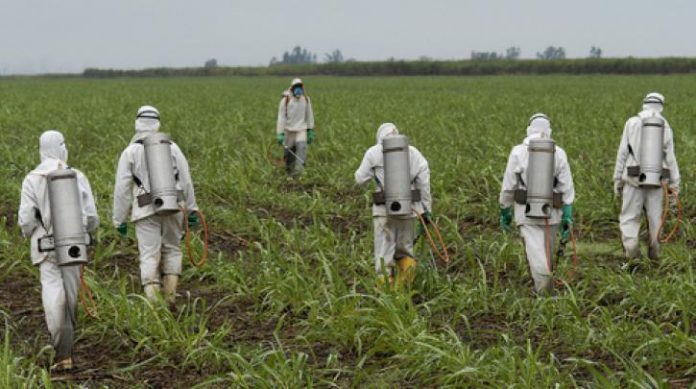 As the European Union dominates the news headlines across the world, the Brexit is not the only controversy brewing in Europe. Never known for its democratic values, European nations have nevertheless refused to back an extension of the use of glyphosate, the main ingredient in Monsanto’s Roundup – a decision that could strike a major blow to the multinational corporation.

EU politicians regulators, researchers, U.S. politicians, corporate representatives, farmers and activists are now embroiled in a debate regarding the continued use of the ubiquitous herbicide. Glyphosate is well known for its adverse effects on human health and the environment, and as a result of greater public awareness of the dangers of the chemical, pressure has been placed on national governments to begin a transition away from it.

The EU executive responsible for licensing glyphosate had attempted to renew the license for up to 15 years, but after two meetings in early 2016, was unable to win enough support from EU nations to do so. The EU then offered to make a limited extension for 12-18 months to allow time for more research and debate. Despite the appearance of compromise, however, the proposal did not win the qualified majority needed for passage.

If the EU is unable to achieve a majority decision, the executive may submit the proposal to an appeal committee made up of political representatives of EU member states. If there is no decision made by this committee, the EU commission will demonstrate its reputation for popular democracy and adopt its own proposal.

Spokesperson Bart Staes, member of the European Parliament and Greens Environment and Food Safety Spokesperson commented on the decision by stating,

We applaud those EU governments who are sticking to their guns and refusing to authorise this controversial toxic herbicide. There are clear concerns about the health risks with glyphosate, both as regards it being a carcinogen and an endocrine disruptor.

Moreover, glyphosate’s devastating impact on biodiversity should have already led to its ban. Thankfully, the significant public mobilisation and political opposition to re-approving glyphosate has been taken seriously by key EU governments, who have forced the EU Commission to back down. The Commission must stop continuing to try and force through the approval of glyphosate. Such a move would raise major Democrat concerns about the EU’s decision-making process.

The Green Energy Transition: What is It, and Why is It Important?