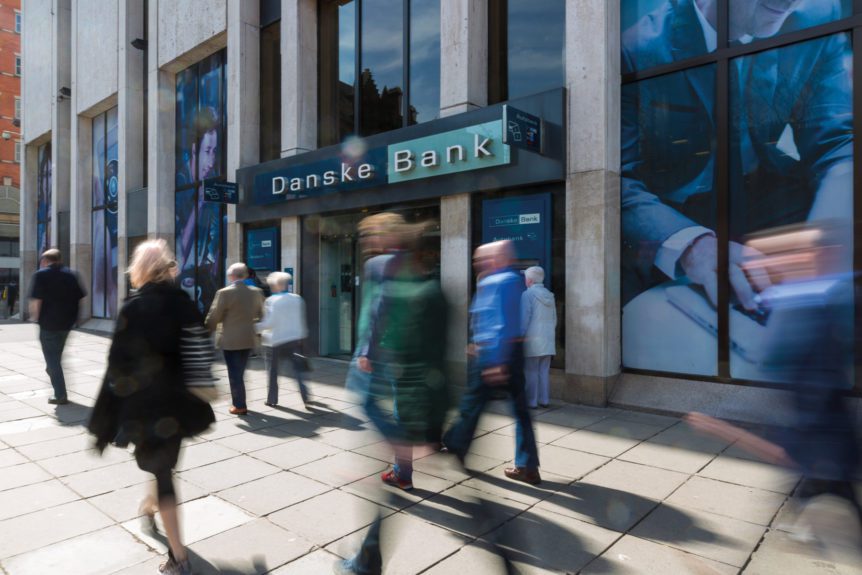 Foreign investors have this year dramatically reduced their share holdings in Danske Bank  as they digest news of its involvement in a vast money laundering scandal.

Offshore holders sold a net 3.5 billion kroner ($520 million) of Danske shares in the first six months of 2019, the biggest selloff to hit any Danish stock in the period, according to data published by Denmark’s central bank on Friday. Foreigners now own 40% of the bank compared with 50% one year ago.Shares in Danske fell 1.9% in Copenhagen trading on Friday. Bloomberg’s index of European financial stocks was down 0.6%.Danske Bank is under investigation in the United States, Denmark, Estonia, France and Britain over 200 billion euros ($226 billion) in payments from Russia, ex-Soviet states and elsewhere that were found to have flowed through its Estonian unit between 2007 and 2015.

The divestment of bank equities may reflect a loss of confidence in the Danish banking sector in the wake of Danske Bank’s money laundering case, it said.The trust from international investors has certainly been reduced,” governor Lars Rohde told reporters in Copenhagen. He said political initiatives to combat money laundering were paramount to restore foreigners’ trust in Danish banks.

He also said Danish politicians should consider new rules to force banks to block payments if they are suspected of being related to money laundering, similar to current rules governing payments suspected of being linked to financing terrorism. Danske Bank’s annual report shows shareholders from the United States and Canada cut their holdings in the bank during 2018 to 17 percent of Danske’s shares by the end of that year from 24 percent by end-2017.

British investors also reduced their holding in Danske Bank over 2018 from 16 percent to 12 percent, while Danes and other Europeans increased their holdings of Danske Bank shares.Offshore investors about $200 billion in Danish shares, which is up 16% from the beginning of the year, the central bank data showed. In total, they own 52% of Denmark’s stocks.

BlackRock Inc. is among foreign investors to have offloaded Danske shares recently. In a filing, Danske said the U.S. investment manager owned less than 5%. Meanwhile, Denmark’s two largest pension funds, ATP and PFA, have both been net buyers of Danske since the laundering scandal erupted.