Home Culture Recession and Automation Changes Our Future of Work, But There are Jobs... 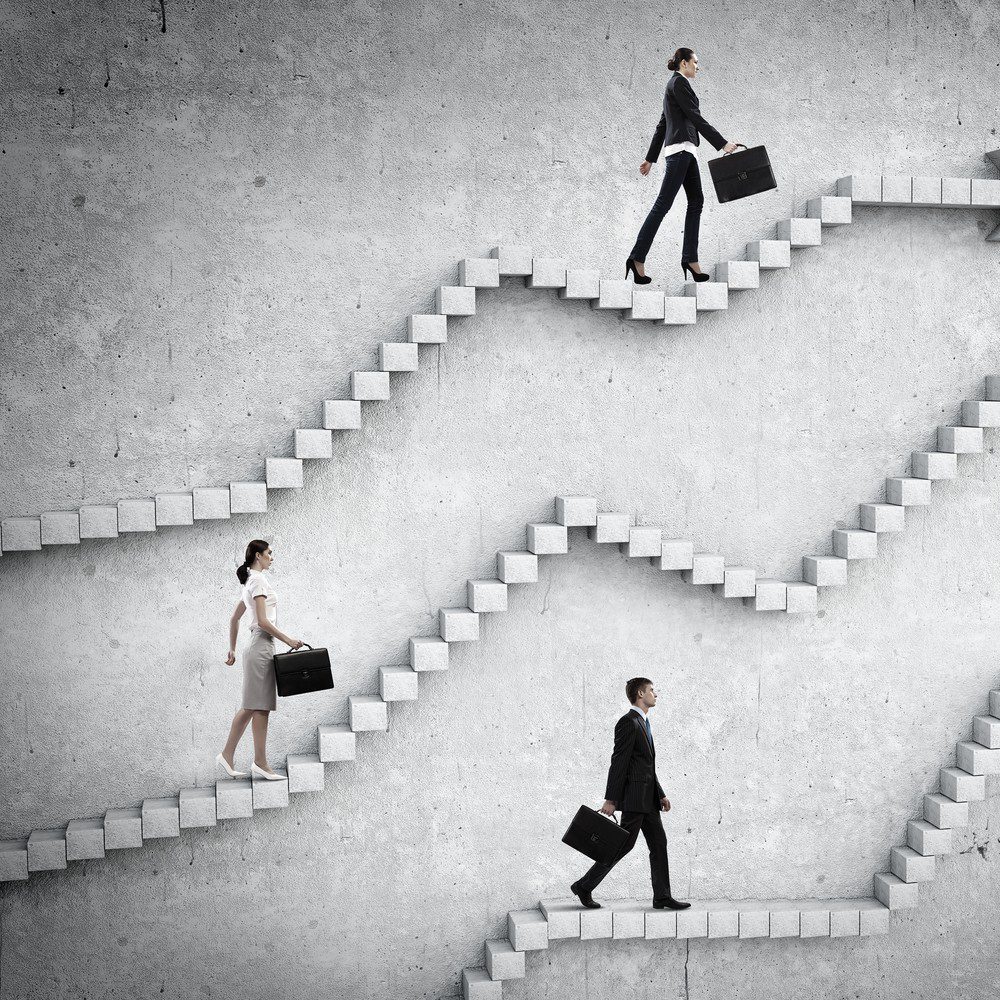 Geneva, Switzerland, 21 October 2020 – The Future of Jobs 2020 report has found that COVID-19 has caused the labour market to change faster than expected. The research released today by the World Economic Forum indicates that what used to be considered the “future of work” has already arrived.

By 2025, automation and a new division of labour between humans and machines will disrupt 85 million jobs globally in medium and large businesses across 15 industries and 26 economies. Roles in areas such as data entry, accounting and administrative support are decreasing in demand as automation and digitization in the workplace increases. More than 80% of business executives are accelerating plans to digitize work processes and deploy new technologies; and 50% of employers are expecting to accelerate the automation of some roles in their companies. In contrast to previous years, job creation is now slowing while job destruction is accelerating.

“COVID-19 has accelerated the arrival of the future of work,” said Saadia Zahidi, Manging Director, World Economic Forum. “Accelerating automation and the fallout from the COVID-19 recession has deepened existing inequalities across labour markets and reversed gains in employment made since the global financial crisis in 2007-2008. It’s a double disruption scenario that presents another hurdle for workers in this difficult time. The window of opportunity for proactive management of this change is closing fast. Businesses, governments and workers must plan to urgently work together to implement a new vision for the global workforce.”

By 2025, employers will divide work between human and machines equally. Roles that leverage human skills will rise in demand. Machines will be primarily focused on information and data processing, administrative tasks and routine manual jobs for white- and blue-collar positions.

New sense of urgency for the reskilling revolution

As the economy and job markets evolve, 97 million new roles will emerge across the care economy, in fourth industrial revolution technology industries like artificial intelligence, and in content creation fields. The tasks where humans are set to retain their comparative advantage include managing, advising, decision-making, reasoning, communicating and interacting. There will be a surge in demand for workers who can fill green economy jobs, roles at the forefront of the data and artificial intelligence economy, as well as new roles in engineering, cloud computing and product development.

For those workers set to remain in their roles in the next five years, nearly 50% will need reskilling for their core skills.

Despite the current economic downturn, most employers recognize the value of reskilling their workforce. An average of 66% of employers surveyed expect to see a return on investment in upskilling and reskilling of current employees within one year. They also expect to successfully redeploy 46% of workers within their own organization. “In the future, we will see the most competitive businesses are the ones that have invested heavily in their human capital – the skills and competencies of their employees,” Zahidi said.

The individuals and communities most negatively affected by the unprecedented changes brought about by COVID-19 are likely to be those that are already most disadvantaged. In the absence of proactive efforts, inequality is likely to be exacerbated by the dual impact of technology and the pandemic recession.

The Future of Jobs 2020 report partner ADP Research Institute tracked the impact of COVID-19 on the United States labour market. Between February and May 2020, data showed that displaced workers were, on average, mostly female, younger and had a lower wage. Comparing the impact of the global financial crisis of 2008 on individuals with lower education levels to the impact of the COVID-19 crisis, the impact today is far more significant and more likely to deepen existing inequalities.

“In the wake of COVID-19, the US workforce experienced immense change, and we were able to track this impact on the labour market in near real time,” said Ahu Yildirmaz, Head of ADP Research Institute Labour Market Research. “While the swift and staggering job loss in the initial months was significant, it is only one anomaly of this ‘recession.’ Industry distribution, business size and worker demographics were all disrupted due to labour market changes brought about by COVID-19, signalling that this downturn is unlike any other in modern US history.”

“The pandemic has disproportionately impacted millions of low-skilled workers,” said Jeff Maggioncalda, Chief Executive Officer of Coursera, another report partner. “The recovery must include a coordinated reskilling effort by institutions to provide accessible and job-relevant learning that individuals can take from anywhere in order to return to the workforce.”

Currently, only 21% of businesses worldwide are able to make use of public funds for reskilling and upskilling programmes. The public sector will need a three-tiered approach to help workers. This includes providing stronger safety nets for displaced workers, improving the education and training systems and creating incentives for investments in markets and the jobs of tomorrow.

Companies can measure and disclose their treatment of employees by adopting environmental, social and governance (ESG) metrics. This will help benchmark success, provide support where it is needed and ensure new gaps that arise are quickly identified and closed.

Remote working is here to stay but requires adaptation

Some 84% of employers are set to rapidly digitalize working processes, including a significant expansion of remote working. Employers say there is the potential to move 44% of their workforce to operate remotely.

According to the report, 78% of business leaders expect some negative impact on worker productivity. This suggests that some industries and companies are struggling to adapt quickly enough to the shift to remote working caused by the COVID-19 pandemic.

To address concerns about productivity and well-being, about one-third of all employers said they will take steps to create a sense of community, connection and belonging among their employees.

The research also indicated that a growing number of people are making career changes to entirely new occupations. According to LinkedIn data gathered over the past five years, some 50% of career shifts into data and artificial intelligence are from different fields. That figure is much higher for sales roles (75%), content creation and production positions, such as social media managers and content writers (72%), and engineering roles (67%).

“As we think about ways to upskill or transition large populations of the workforce who are out of work as a result of COVID-19 into new, more future-proofed jobs, these new insights into career transitions and the skills required to make them have huge potential for leaders in the public and the private sector alike,” said Karin Kimbrough, Chief Economist at LinkedIn.

“Our research reveals the majority of transitions into jobs of tomorrow come from non-emerging jobs, proving that many of these jobs are more accessible than workers might think, Kimbrough continued. “If we can help individuals, and the leaders who are directing workforce funding and investment, identify the small clusters of skills that would have an outsized impact on opening up more sustainable career paths, we can make a real difference in addressing the unprecedented levels of unemployment that we’re seeing globally.”

Data shows how long to reskill

According to The Future of Jobs Survey, core skills such as critical thinking, analysis and problem-solving are consistently top of the reskilling and upskilling priorities for educators and businesses. Newly emerging in 2020 are skills in self-management such as resilience, stress tolerance and flexibility.

Data from Coursera suggests that individuals could start gaining the top 10 skills for each emerging profession in people and culture, content writing, sales and marketing in one to two months. Those wishing to expand their skills in product development and data and artificial intelligence could do so in two to three months, and those switching into cloud computing and engineering could make headway in the new skillset through a four to five-month learning programme.

Those in employment are placing larger emphasis on personal development courses; those unemployed have placed greater emphasis on learning digital skills such as data analysis, computer science and information technology.

“The pandemic has accelerated many of the trends around the future of work, dramatically shrinking the window of opportunity to reskill and transition workers into future-fit jobs,” said Hamoon Ekhtiari, CEO of FutureFit AI. “No matter what prediction you believe about jobs and skills, what is bound to be true is heightened intensity and higher frequency of career transitions especially for those already most vulnerable and marginalized.”

“The Future of Jobs Report is a critical source of insights in supporting companies and government through these workforce transitions, and FutureFit AI is honoured to share our data and insights in the Report, Ekhtiari continued. “We look forward to continuing to contribute to a just, worker-first, and data-powered recovery as a partner of the World Economic Forum’s New Economy & Society community and its Reskilling Revolutions Platform.”

The Future of Jobs

Now in its third edition, The Future of Jobs report maps the jobs and skills of the future, tracking the pace of change. It aims to shed light on the pandemic-related disruptions in 2020, contextualized within a longer history of economic cycles and the expected outlook for technology adoption, jobs and skills in the next five years. The Future of Jobs survey informs the report. It is based on the projections of senior business leaders (typically Chief Human Resource Officers and Chief Strategy Officers) representing nearly 300 global companies, which collectively employ 8 million workers.

It presents the workforce planning and quantitative projections of chief human resource and strategy officers through to 2025, while also drawing on the expertise of a wide range of World Economic Forum executive and expert communities. The report features data from LinkedIn, Coursera, ADP and FutureFit.AI, which have provided innovative new metrics to shed light on one of the most important challenges of our time.

Are quotas for women on boards really the answer to the lack of diversity?