Whilst the current pandemic dominates headlines day after day, at the end of September it was revealed that Britain plays an integral role in global money laundering. Leaked documents, the FinCEN files, include a number of revelations about how the UK economy is used by criminals to move money across the world. By Katherine Hutchinson

HSBC, Britain’s biggest bank, allowed millions of dollars to be moved from the US to Hong Kong between 2013 and 2014, despite being aware the money had been attained through a Ponzi scheme. The scheme was particularly nefarious as it targeted poor communities in the US, and even resulted in one investor, a victim of the scheme, being murdered. It took HSBC months to finally close down the accounts used in the Ponzi scheme, despite the bank having reported the transactions as suspicious much earlier.

It isn’t just HSBC who have become wrapped up in the scandal. JP Morgan allowed $1 billion to be moved through London despite not knowing who owned the account, and it later came to light that the owner may have been one of the FBI’s most wanted criminals. Other banks named in reports include Barclays, Deutsche Bank, and the Bank of New York Mellon.

What are the FinCEN files?

‘FinCEN’ is the US Financial Crimes Enforcement Network, and the leaked files include suspicious activity reports banks have sent to the authority between 2000 and 2017. These files were sent to investigative journalists across the world, including Buzzfeed, BBC Panorama, and the International Consortium of Investigative Journalists. It was discovered that it took on average 166 days between potentially fraudulent transactions taking place, and banks reporting them to authorities. This is despite US federal rules stating that such transactions should be reported within 30 days.

How is the UK affected?

The UK is classified as a ‘higher risk’ jurisdiction for money laundering, according to leaked documents from the US Treasury. The process of laundering money involves passing it through vast networks of bank accounts and tax havens, making its original criminal source very difficult to trace so it can eventually appear to be ‘clean’. Banks profit through these series of transactions, and so it is not always in their interests to question them, as appears to be the case in this most recent scandal.

The UK economy is particularly susceptible to money laundering partly due to the existence of limited-partnerships and limited-liability partnerships business structures. Owners of LPs and LLPs aren’t required to provide very detailed information about their operations or to reside in the UK, making them useful to criminals who use this anonymity to move dirty money. There is evidence that this practice has increased dramatically in the past decade or so. In 2004, the number of LPs and LLPs was around 20,000. By 2017, the number had risen to 100,000, which could well be due to criminals using them to move their ill-gotten funds.

One example of this can be seen in the case of an address in Potters Bars, Hertfordshire, which was listed as home to over 1,000 registered companies. Over 100 of these companies were named in the FinCEN files, suggesting that the address was being used for international money laundering, demonstrating how the LP and LLP business structures are particularly susceptible to criminal use.

It is not only direct victims of crime and fraud who suffer the effects of money laundering, as it has knock on effects on economies more generally. If the UK is seen as a money laundering hub, major financial institutions may view its economy as insecure and choose to withdraw, reducing trade and investment. The FinCEN files reveal that stricter regulation may be necessary to prevent this from happening.

There are fears that after Brexit the UK economy may become even more susceptible to money laundering. The UK currently complies with the EU’s 5th Money Laundering Directive (5MLD) and will continue to do so during the transition period. After the UK has fully withdrawn from the EU however, it will be treated as a ‘third country’, meaning there will be enhanced verification checks when funds are exchanged between the EU and the UK.

Whilst it would seem this would make money laundering more difficult, these enhanced checks will take quite some time to come into effect. It is feared that in the interim, there will be greater opportunity for criminals to launder money, as the system will be more vulnerable. During negotiations with the EU, the UK government will need to decide whether it wishes to continue to comply with 5MLD, or to loosen regulations in order to encourage trade. This could lead to structural weaknesses appearing in regulations during the negotiation process, and these could be exploited by criminals hoping to launder money. The FinCEN files have already shown that the country’s economy is not well enough protected from criminal enterprises, and the situation could worsen after December. 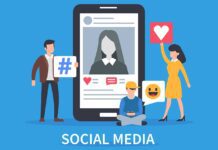 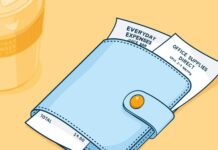 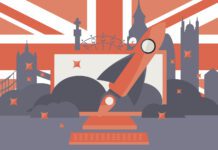 Europe’s air charter industry ready for an autumn boost as businesses eye up a...