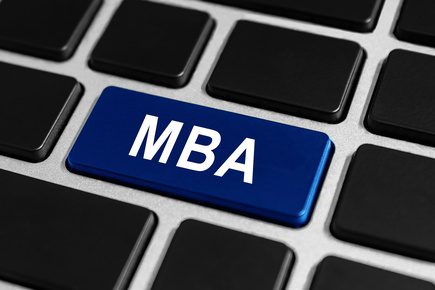 How cross-cultural immersion can enhance the breadth and depth of a business education.

When Mei wa Poon’s classmates head back to Ithaca this January to start a new semester of their MBA at Cornell University, wa Poon will be flying across the Atlantic.

But wa Poon isn’t dropping out of her MBA or taking a semester off. She’s participating in Cornell’s international exchange program, a scheme that allows MBA students to visit one of the university’s partner schools for a semester of cross-cultural study. Wa Poon is studying at the London School of Economics; Cornell students can also choose to study at a variety of other institutions, from China Europe International Business School (CEIBS) to the University of St. Gallen in Switzerland.

Cornell University’s Johnson Graduate School of Management is one of a group of business schools, including the University of Pennsylvania’s Wharton School, University of Berkeley’s Haas School of Business, and New York University’s Stern School of Business, that offer students the opportunity to study abroad for a semester. Students typically choose to attend an international school that partners with an American institution, while the international school sends students from its programs to the United States for the duration of the exchange.

Schools outside the United States also typically offer students the opportunity to participate in exchanges. London Business School partners with 39 schools around the world for exchange programs, while CEIBS partners with 40.

Officials at these schools extol the tangible and intangible benefits of participating in an exchange program.

“I think an exchange program is a great opportunity to have a longterm cultural immersion in another part of the world while continuing studies,” says Marc Johnson, Executive Director of Global Affairs at the University of Virginia’s Darden School of Business, which offers exchange programs with partner schools such as Stockholm School of Economics, Melbourne Business School and the Indian School of Business.

“There’s just a qualitative difference in spending two weeks in a country and spending two months in a country, living, studying and engaging with fellow students,” says Johnson. “We think it’s a great way to broaden the global readiness and perspective of our students.”

“Students have the opportunity to learn about business practices specific to a region or country from local practitioners,” says Caitlin Killmer, Exchange Program Manager at Northwestern’s Kellogg School of Management. “Students are able to take courses in specialty topics, such as luxury brand management or sustainability and corporate social responsibility, that may not be available at his or her home school.”

“In terms of professional benefits, students gain a greater understanding of cross-cultural trade and business practices.”

For Mei wa Poon, studying abroad in London is appealing because it will expose her to the different educational mores in the United Kingdom.

“There’s a lot more lecture and theoretical types of teaching styles [in London],” wa Poon says. “It’s different from what I was exposed to at Cornell.”

Officials also say that exchange programs attract students because they offer intangible benefits not measurable on resumes or transcripts. Participation in an exchange program shows that students are flexible, adaptable and able to learn in other environments–key skills in today’s globalized business world.

“As part of our educational aims in our MBA program, we want students who are globally ready,” Darden’s Marc Johnson says. “Ready to go into a different environment, a different context. To know what they don’t know.

Study abroad, Johnson continues, “helps you understand and develop your self-awareness to learn what you need to learn in a new context,” and imparts “broad life lessons, but it’s also directly applicable in the business world as we know it today.”

But there are some downsides

But studying abroad during an MBA program comes with some downsides. Unlike undergraduate degrees, MBA programs only last one or two years, so studying abroad basically means missing out on a large part of a program. Forgoing such a large chunk of an MBA program isn’t the best idea for every student, and on top of that, study abroad can sometimes interfere with the all-important job search.

“The biggest constraint we see is on the recruiting side,” Johnson says. “For a student to spend a semester in another part of the world, if they’re still actively recruiting for a job, that can be a problem.”

Betsy Dick, Associate Director of Student Services at Cornell, says this is a particularly pressing problem for some international students, who might need to be in the country to complete the process of gaining certification to work in the US after graduation.

“If they’re international and want to work in the US after graduation, the OPT [Optional Practical Training] process, getting authorized to legally work in the US, kicks in and starts in their last semester. It hasn’t necessarily been as problematic before, because the government wasn’t tracking things as closely,” says Dick, adding that the government is now scrutinizing students in this process more closely.

But wa Poon, who wants to work as a project manager in energy finance after she graduates, says she’s heard that exchange programs can help with longterm networking.

“People say that you meet people overseas, expand your network,” she says. “You never know: five or ten years down the line, someone you met during the program might be able to help you out.” 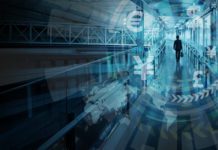 Taking A Look At The Emerging Fintech Markets 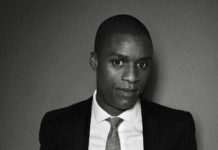 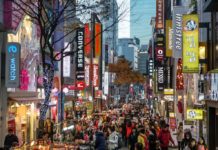