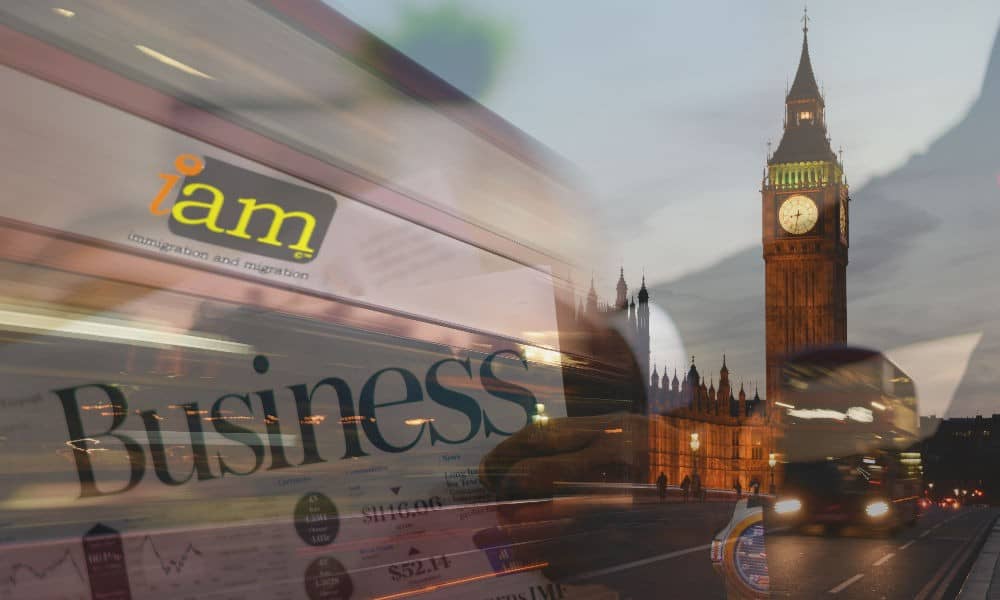 A brand new points-based immigration system for a brand new ‘independent’ UK: that’s the plan and it’s to come into effect in just a few months’ time. What could possibly go wrong? Well, quite a lot. Drill down a little and it doesn’t take long to see how a ‘one-size-fits-all’ system could end up creating far more problems than it solves.

One such problem will be the demise of rural businesses. Immigration is hugely important for rural areas as it counteracts depopulation and ensures that businesses have access to an adequate supply of working-age citizens. Yet due to the lack of regional flexibility in the forthcoming Points-Based System (PBS), there is nothing to prevent rural areas from being hit immensely hard when the changes come into effect on the 1st of January 2021.

Average salaries vary greatly across the UK. Some of the highest are in London and the South East, with some of the lowest in the North East. A salary of at least £25,600 is going to be needed across the UK in order to accrue the 70 point minimum for one of the new points-based visas.

The Migration Advisory Committee (MAC) has provided the government with recommendations on how to structure the new system. It highlights the fact that the Scottish and Welsh governments are explicit that population growth, or at least the avoidance of population decline, is desirable. Despite this, the UK government has made no such statement.

In an effort to address regional salary variations and depopulation in rural areas, other countries, such as Australia and Canada, have incorporated regional dimensions into their points-based systems. The MAC has flagged up to the UK government that these ‘reduce congestion in the main cities’ and ‘increase the population in remote regions.’

One way these countries do this is to reduce parts of the eligibility criteria to make applying for work in less populated areas more attractive. In New Zealand, visa applicants can even earn more points if they get a job offer outside the Auckland region. To follow the Canadian example, the province ‘picks’ the immigrants and the federal government issues the visas.

The whole reason for a PBS is to select migrants who are perceived as being of most value to the receiving country. That includes spreading the talent across all regions, not just densely-populated urban areas. And yet, the MAC is reticent to recommend ‘built-in’ regional flexibility to the new PBS. It fears ‘institutionalising’ some parts of the UK as ‘lower wage.’

In fact, it seems to be sitting on the fence. For example, in one breath it classifies Northern Ireland as having a ‘distinctive economic position’ within the UK, and in the next, it does not recommend a different salary threshold there.

It does suggest that the government may want to pilot and trial some differences in salary thresholds within remote areas. That’s because, it says, these places may experience ‘more complex challenges in recruitment.’ There would appear no time to do this by January 1st 2021 when the new PBS comes into effect.

Many are worried. It has been pointed out that Scotland has a distinctive demographic with an ageing population and static working age population. These are particular issues for regions such as the Highlands and Islands- migration is needed to meet employment challenges in remote areas like these. Some would therefore argue that allowances similar to those in New Zealand’s PBS could help meet the different demographic needs across the UK.

The Impact on Rural Businesses

Places like Cumbria that rely heavily on the tourism industry have serious concerns. Cumbria Tourism says there is already a labour shortage and European workers are needed to fill job vacancies in tourism and hospitality. The Scottish Tourism Alliance goes one step further, describing the PBS as ‘the biggest threat to Scotland’s tourism industry’ and adds that it will merely exacerbate existing recruitment challenges.

Rural businesses are already suffering due to depopulation. Post offices and high street shops in the UK’s smaller settlements are closing in record numbers, with rural businesses in general losing both staff and customers due to a shrinking or stagnant population of younger residents. In 2019, The Guardian reported that the number of unoccupied shops rose by more than 7,500 in 2018, driven largely by the closure of bank branches and pubs. According to research from Our Global Future, local authorities that experienced population growth between 2009-2016 saw, on average, more than twice as much business growth as those where the population declined. With this in mind, the implications of the new immigration system on rural businesses will be profound.

There are potential difficulties in creating regional variations in a PBS. To an extent, countries like Australia and Canada have a head start because they have a long history of devolved state and provincial government.

The UK is geographically much smaller but far more densely populated. What, therefore, would be to stop a successful visa applicant working in one area and living in another? What could be the precise geographic catchment area for work connected to a specific visa? These are valuable questions but, taking parts of Canada as an example, the evidence suggests that higher retention rates can be expected in a programme that requires participants to have a job offer and to stay in the region for several years before being able to move elsewhere.

Simple variations in PBS policy by region, such as a lower salary threshold for skilled work visas outside the South East should be quite easy to implement. It is worth remembering though that some of the English regions experiencing population decline still have high unemployment rates. This suggests that local job seekers could be available to fill job vacancies provided they have the right skills.

Regional policymakers could make migration decisions consistent with those in areas such as migrant integration and service provision. On the other hand, regionalising the visa system could increase its complexity and the administrative burden on users.

There’s not much time to get these sorts of questions and issues ironed out. The British government has built a reputation for making up important policies ‘on the hoof.’ The fear is that the new PBS is following in the same vein, hasn’t been thought through properly and could end up having a detrimental economic impact on the very regions that are most in need.

Peter Markham is a political correspondent for the Immigration Advice Service, an organisation of immigration solicitors.