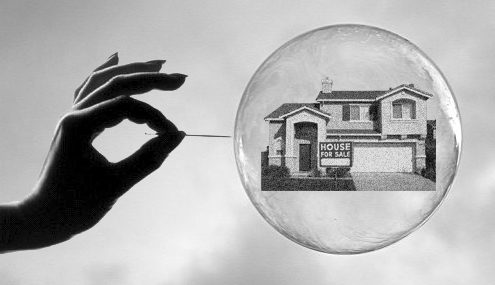 Signs of 2008 and the pre-financial meltdown are becoming increasingly evident with a few major warning signs Bear Stearns hedge funds that specialized in subprime mortgages imploding.

The UK is now experiencing something very similar. Before the 2008 crash , stocks of  Bear Stearn’s the US bank that specialised in subprime mortgages were at an all time before they mightily imploded. They are doing the same today triggering warning signs that the we are the same stage of the business cycle.

In the aftermath of Brexit and the absolute chaos that has ensued within the British Political sytstem, three more the the UK fund managers have literally halted  investors from leaving their UK property funds, trapping an additional £5.4bn of money and bringing the total funds to six  unable to meet withdrawal requests .

A remarkable situation and one that has sent signs of lack of confidence to investors within the UK property market.

Over half of the £25bn of funds committed to the commercial property sector by retail investors have now been seized by their asset managers halting exit strategies which are under pressure to sell buildings in order to raise cash.

This has led to investor woes has raised concerns about the future of the broader financial system, given the risk of investors bailing out of other asset classes in a panic and of lenders to the sector.

Other funds have included Canada Life which suspended Canlife Property and Canlife UK property funds.In a statement it said, “The deferral can be for up to six months, enabling the funds to ensure property values reflect market conditions,”.

The reprocussions are now that over half of the property fund sector is now on thin ice , and will more than likely  remain that way utnil the fund managers raise enough cash to meet their redemptions which is not a quick process.

The funds are likely to be closed for up to months rather that just days one fund wrote and patience is required, a statement not very welcome by investors. Although the decision to suspend redemptions was not by any means a surprise to the market , the level o of the suspensions has been an issue within the market.

Senior investors have in response to the pre 2008 conditions stated that although some banks are although some Banks such as RBS  who have  lent about £22bn to the commercial real estate market, they have stressed that the market conditions today are different from in 2008,especially because banks are better equipped and better capitalised and have lent more prudently in the interim.