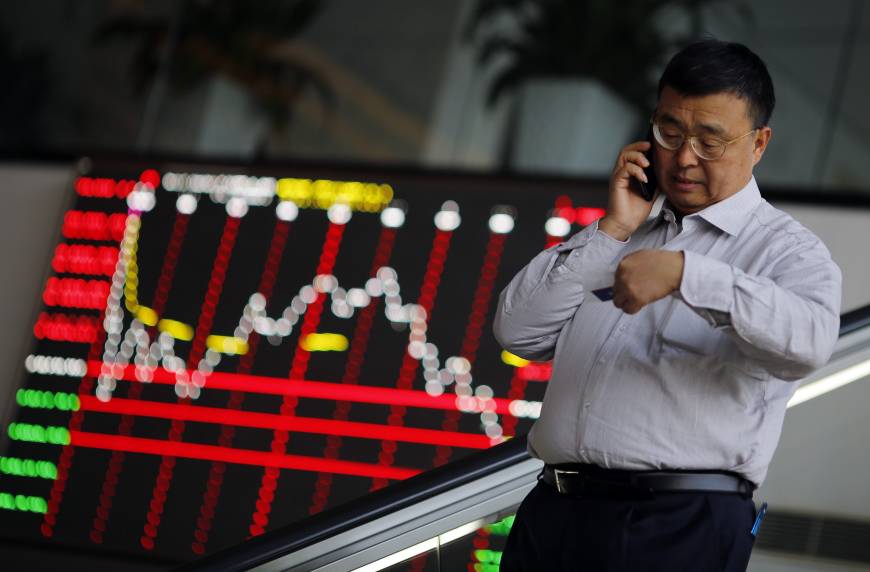 Japan’s Nikkei hit a one-week low on Thursday, with chip-related stocks tracking a decline in their US peers and banks retreating after Mizuho Financial Group slashed its profit outlook.
The Nikkei share average ended down 0.65 per cent at 21,456.01 after going as low as 21,402.12, its weakest since February 28.
With Wall Street slipping for the third straight day overnight, Japan’s markets also succumbed to selling pressure having risen to a three-month high earlier in the week.

“Profit-taking makes sense now as ongoing US-China trade talks, major concerns for the market, have provided no signs of exit plan while the market had risen smoothly for the past two months,” said Hikaru Sato, a senior technical analyst at Daiwa Securities.

Japanese high-tech companies sank as the Philadelphia semiconductor index fell for the second day in a row on Wednesday, led by slumping Micron. Micron fell after Cleveland Research cut this fiscal year’s earnings per share and revenue estimates for the semiconductor manufacturer due to weaker-than-expected DRAM and NAND pricing feedback for the first and second quarters.

Of the 33 sub-sectors at the Tokyo Stock Exchange, 28 ended the day in the red, with non-ferrous metals and banking suffering sizeable losses.

Banks retreated after Mizuho Financial Group slashed its full-year profit outlook by 86 per cent, citing one-time restructuring costs of 680 billion yen ($6 billion) at its bank and brokerage units and an overhaul of its securities portfolio.

Renesas Electronics tumbled 14.6 per cent to a daily limit-low of 584 yen on news that the automotive chipmaker is planning to halt production at six Japanese plants for up to two months this year his year. It was the biggest per centage loser on the board.