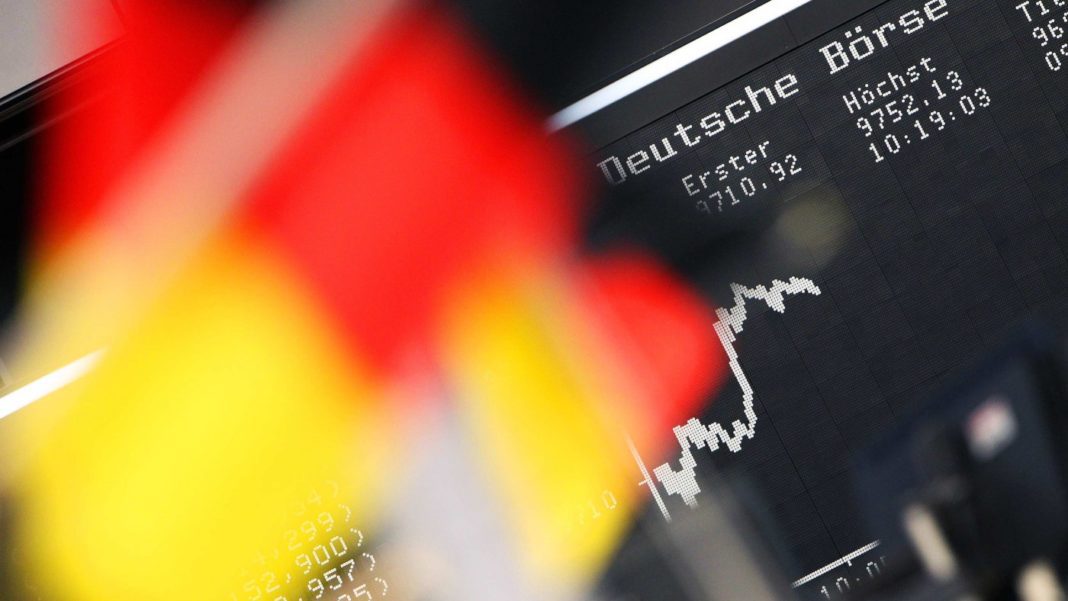 Europe’s largest economy probably contracted in the second quarter as slower global growth and uncertainty from a U.S.-China trade war weighed on demand. Tuesday’s report showed expectations dropped to its lowest since 2011, below even the most pessimistic forecast in a Bloomberg survey, is the latest to capture the gloom surrounding the nation’s manufacturing slump.
German stocks declined further  following the ZEW reading, which underscored concerns about the nation’s economy. Alongside trade fears and expectations for more European Central Bank stimulus, that’s helped push yields on German debt to record lows below zero.
Germany is also in contraction.
“The most recent escalation in the trade dispute between the U.S. and China, the risk of competitive devaluations, and the increased likelihood of a no-deal Brexit place additional pressure on the already weak economic growth,” ZEW President Achim Wambach said in a statement. “This will most likely put a further strain on the development of German exports and industrial production.”

Europe’s economic engine, which has increasingly relied on exports to Asia was left teetering on the edge of recession in the second quarter after a 1.5% fall in industrial production in June, which is expected to be repeated in July.Output fell across the three months to June by 1.8% compared with the first quarter of the year, driven by steep drops in metal production, machinery and automobile manufacturing, the economy ministry said.

“Industry remains in an economic downturn,” the ministry said. Production in construction fell 1.1% in the second quarter while energy output dropped 5.9% in the same period.Fears that the global economy is sliding towards recession have hit financial markets .

Ralph Solveen, a Commerzbank economist, said the industrial figures supported expectations that the German economy shrank slightly in the second quarter and that manufacturing output was likely to decline in the coming months.“A look at the individual sectors shows that the crisis in the automotive sector is continuing unabated,” Solveen said, adding that car production had not recovered from the slump caused by problems associated with last year’s switch to a new emissions measurement standard. “However, the main reason for this weakness is now likely to be significantly weaker foreign demand.”