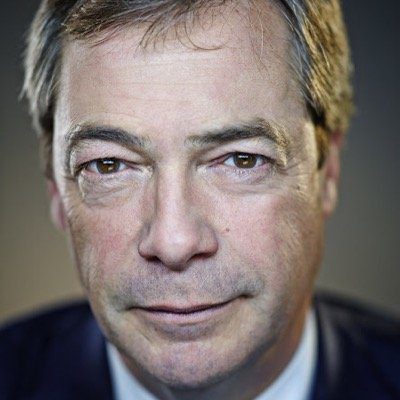 Nigel Farage,the charismatic UKIP leader and possibly the most passionate advocate for the UK to to be independent again from the EU, unexpectedly announced  that from today he is stepping down as party leader.

Incredible scenes in London today just days after he iniated a very successful campaign to Leave the European Union. Speaking today in London Farage said “the Brexit referendum was about Britons taking their country back” and having succeeded at that, Farage added he “wants his life back.” His resignation has just added more fuel to the fire and never ending  chaos that is now UK politics . Just recently both the Conservative and Labour parties are looking to  find new leadership following on from the Brexit vote.

During his resignation speech he said, “I won’t be changing my mind again, I can promise you.” Farage said his reason for getting into politics was to get Britain out of the European Union, and with that achieved, “I feel I’ve done my bit.”

Famously back in 205 Farage did a U-turn on his resignation.

He also added that  UKIP had “clearly established ourselves as the third political force in this country,” and should the Brexit exit negotiations not prove satisfactory “then in 2020 watch this space.”

“I have never been, and I’ve never wanted to be a career politician. My aim in being in politics, was to get Britain out of the European Union. That is what we voted for in that referendum two weeks ago, and that is why I now feel that I’ve done my bit, I couldn’t possibly achieve more than we managed to get in that referendum, and so I feel it’s right that I should now stand aside as leader of UKIP.”

This is the third UK party who are now looking for a new Leader . As they say you literally cant make this stuff up and it is set to dampen further confidence in the UK markets.Investors are weary , very weary with shares in house builders already taking a steep hit.