Home Business What Can the ECB Do As Euro Area Faces A Bleak Future. 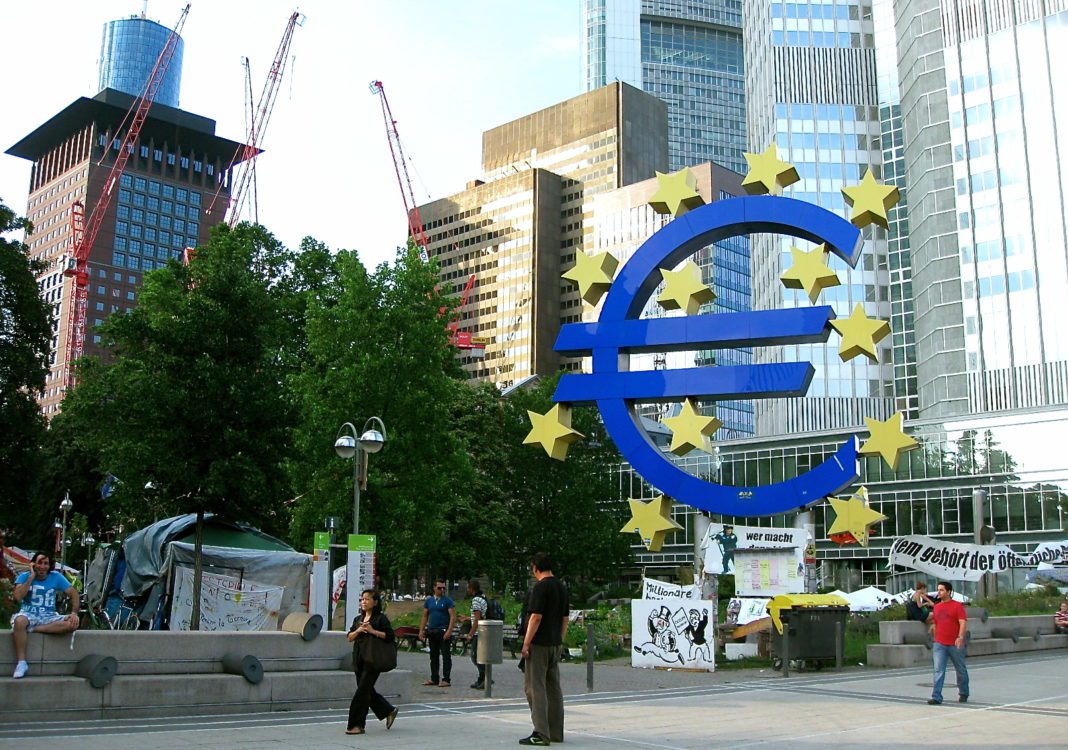 The president of the European Central Bank (ECB), Mario Draghi, has made clear that it will take all the action necessary to boost euro area economies as it continues to battle against the headwinds of political and global economic uncertainty.

In its latest economic outlook report, the International Monetary Fund has slashed the growth forecast of the euro area for this year to 1.3%, a 0.3% fall since January’s growth prediction.

At the recent ECB Governing Council meeting on 10 April, the news didn’t get any better, as Draghi warned that the euro area’s economic progress has slowed since the last council meeting in March, blaming external factors.

Italy has already significantly cut its economic growth expectations for this year, down to 0.2% from a previously expected 1%, although Draghi has said that the risks that the euro zone was falling into recession were low.

In the meantime, the ECB will continue to do what it can to ensure that there is no downturn, and will be exploring every option at its disposal.

The Governing Council meeting revealed that interest rates will remain unchanged for the main refinancing operations and the marginal lending facility, at 0.00% and 0.25% respectively. Also, the ECB’s negative interest rate policy will stay intact, with a -40% rate for the deposit facility in order to encourage bank lending.

Furthermore, it is now expected that the interest rates will stay in place until the end of this year, as long as inflation is below – but close to – the 2% level the ECB favours. The ECB’s survey of professional forecasters for the second quarter anticipated that inflation will be stable at 1.8% over the longer term.

At the last Governing Council meeting in March, the ECB committed to stimulus measures, including a third version of the targeted longer-term refinancing operations – TLTRO III. The series of quarterly targets, launching in September this year and completing in March 2021, will each have a maturity period of two years.

If the commercial banks lend this capital into the real economy, they will receive a cash incentive as a reward, in contrast to having to pay interest on the loans.

Draghi seemed to play his cards close to his chest on this issue at the council meeting, saying that it was too early to decide the terms for the TLTROs. The banks’ president also made a call for structural reforms in the euro area and to strengthen the monetary union, but this was a par-for-the-course statement.

Ken Wattret, a European economist with IHS Markit, reflected on the options on the table for the ECB, saying, ‘The ECB’s policy stimulus remains supportive of euro area growth, though we are probably looking at marginal gains from further tweaks in its policy stance… Draghi is keen to make clear that the policy tool box is not empty, but most of the options which the ECB would be willing to deliver are unlikely to make a material difference to euro area growth prospects.’

One route for the ECB to take would be forward guidance – providing information over its future monetary policy, which influences policy rate expectations and, in turn, long-term interest rates, thereby reducing the cost of borrowing for households and businesses.

Wattret argued, ‘The additional long-term funding for banks announced in March in part reflects changes to regulatory requirements, which had threatened to impact adversely on banks’ funding conditions… The ECB’s initiative is welcome but probably needs to be viewed as avoiding a problem, rather than delivering substantially more growth-friendly lending conditions.’

He added, ‘A more radical path for the ECB to go down would be changes in the structure of the Asset Purchase Programme, for example to target purchases where sovereign debt is more plentiful, including in Italy.’

Looking elsewhere, IHS Markit’s recent data would suggest that the euro area is heading towards a downturn. Its Purchasing Managers’ Index (PMI) for manufacturing in March found the deepest contraction in the sector for six years, which has broadly been declining since the latter part of 2017. The construction industry did rise slightly for March, but the growth is slowing down. New orders have expanded at a slower pace, in both commercial and infrastructure construction.

Eurostat, on the other hand, have reported mixed figures recently for the euro area, showing that in the fourth quarter of last year business investment rose by 23.7%, a 0.3% rise on the previous quarter. Industrial production has also risen by 1.4% in the euro area for January compared to the previous month, but has decreased 1.1% year on year, and unemployment was stable in February month on month at 7.8%, but is down by 0.8% in contrast to the same time last year.

James Watson, Economics Director for Business Europe – a campaigning group for growth across Europe, said, ‘Recent months have reminded us of the fragility of the European economy. Temporary factors, including changing car emissions requirements, political uncertainty in Italy, and public actions – notably in France, as well as longer-running trade tensions, appear to have had an important impact on both business and consumer confidence.’

Companies have been preparing for a no-deal outcome, but there are many uncertainties and very limited time to put in place all contingency measures, despite the extension until the end of October 2019 to agree a Brexit deal.

Business Europe feels that it is essential that an arrangement is reached between the UK and the EU over Brexit, including a transition period to avoid a chaotic exit, so as to provide a much-needed confidence boost to businesses across Europe