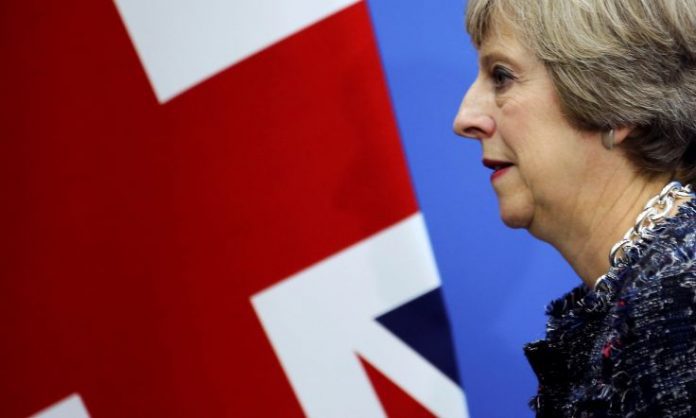 Three High Court judges have been accused of frustrating the will of more than 17 million British people after they ruled that Brexit cannot be triggered without a Parliamentary vote.

Europhile MPs immediately put into action a plot to use the ruling to either overturn the Brexit vote or force Theresa May to water down dramatically her plans for Britain’s exit from the European Union.

If Britain’s Supreme Court — which may hear the government’s appeal in early December — upholds the ruling, the exit process could be seriously complicated and delayed, or even blocked. It is hard to imagine that with the public having voted, members of Parliament will not feel bound to follow its wishes, even though the referendum was not legally binding. But political calculations could change, and short of blocking an exit from the E.U., the legislators could demand greater control over how the withdrawal is negotiated. An early national election cannot be ruled out.

The Prime Minister pledged to face down any attempt to thwart Brexit, suggesting that she intended to dare MPs who support Remain to vote against her in Parliament, in a move which would provoke a constitutional crisis.

The country voted Leave in the June referendum with 17.4 million people backing Brexit, the biggest mandate in British political history. However, Parliament has a significant majority of Remain supporters, with about 480 of 650 MPs believed to have backed the campaign to keep Britain in the EU.

The Government immediately said it would appeal to the Supreme Court after the judges declared that Mrs May does not have the power to bypass MPs by relying on the Royal Prerogative to trigger Article 50and begin the two-year period of separation negotiations with Brussels.

They are now preparing an Act of Parliament, meaning that both the Commons and the Lords will be able to debate, amend and vote on Article 50 before it is triggered, potentially delaying the process for months.

Mark Carney, the Governor of the Bank of England, said the ruling is an example of the “uncertainty” that could affect the economy during Brexit.

Mrs May will speak to European leaders including Jean-Claude Juncker and tell them the court ruling has not disrupted her “resolve” to take Britain out of the EU or altered her timetable.

Government sources have told EB that that the need for an Act of Parliament will delay Brexit by as much as a year, meaning Britain will not now leave the bloc in 2019.

The High Court decision added another twist to an issue that has profoundly divided the British, it also contributed a sorely needed dose of democratic and legal clarity. The referendum date was set in February by Prime Minister David Cameron, in the hope that it would silence pro-Brexit members of his Conservative Party. Instead, the vote ballooned into an impassioned plebiscite on globalization, economic dislocation, migration, identity and other issues that have galvanized citizens not only in Britain, but across Europe and the United States as well. Mr. Cameron lost the vote and his job.

It seems this latest debacle os  attempt to frustrate the will of the British people and it is unacceptable.”

The Government could win a vote of MPs next week to trigger Article 50.George Osborne, the former Chancellor, and Nicky Morgan, the former education secretary, said that the ruling will allow them to force Mrs May to reveal in the Commons detailed plans for Brexit.

Although there will be an appeal, the lower court’s decision already underscores what the Brexit process and other populist movements in Europe and the United States have demonstrated: that elected officials in representative democracies abrogate their responsibility for tough decisions at their own peril, and at peril to their country. Britain’s Supreme Court may come to a different interpretation of legal precedent, but the political lesson is not likely to change.