Home Business Bitcoin and the Future of Cryptocurrencies 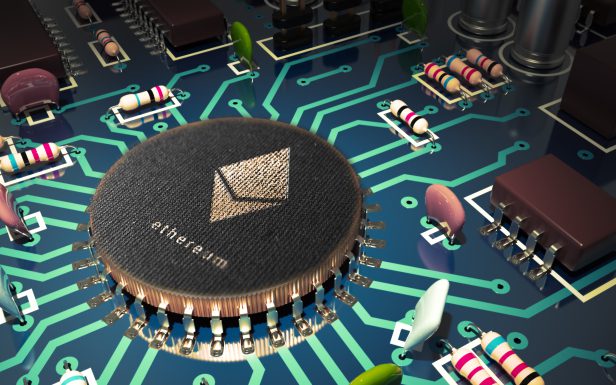 Bitcoin and the Future of Cryptocurrencies

It is becoming more frequent and more questions are being asked as Bitcoin and other new cryptocurrencies appear to be showing up on news sites and in people’s social media feeds. Many people and investors are hyping cryptocurrencies as they urge people to invest in them. And people are also getting greedy as they watched bitcoin zoom to $2,588, almost triple of its value since the start of the year. European Business Magazine delves deep into the world of Bitcoin and reports on the future from the world of cryptocurrencies.

While Ethereum, which is the second largest cryptocurrency after Bitcoin, has seen its value rise by fifty times to $300 coin, Ripple, has managed to reach a market cap of nearly $10 billion. Ethereum distinguishes itself apart from other virtual currencies with its ability to incorporate “smart contracts.” Smart contracts are computer-based contracts that pay parties only after certain conditions have been met and verified. This reduces the risk for both parties and creates a better sense of trust in using the cryptocurrency.

While it is still a new market and quite volatile some analysts believe that the cryptocurrency market could reach $5tn by 2022. If bitcoin and other cryptocurrencies continue to rise exponentially in value, more people will be drawn to invest and make profits out of it. Tom Lee, a Wall Street strategist, believes that Bitcoin, which was launched in 2009, will reach $55,000 by 2022 because of scarcity and the instability in financial markets.

The actual supply of bitcoin is capped at 21 million bitcoins, and so the price of bitcoin has no ceiling given this scarcity. According to CoinMarketCap.com, the market share of Bitcoin has fallen from 87 to 40% but this is purely down to other cryptocurrencies such as Ethereum started to gain popularity. Cryptocurrencies and its technology is a huge area of interest and one of great high complication.The currencies use Blockchain technology for its encryption and registry techniques. This means that the ledgers of Cryptocurrencies are made on blocks of verified transactions. The price of bitcoin is dictated by the market and how bitcoins are reproduced is built into its programming.

This sophistication of how cryptocurrencies work make it alien language to most people, but as soon as more people become aware of how these virtual currencies work, it is likely they will not hesitate to try using it. This will be especially so as Blockchain becomes more prominent in fields such as financial technology because fintech companies are continuing to disrupt the world of finance and how business and society operates.

Andrew Levin is a professor of economics at Dartmouth, and he believes digital currencies are the way to go. He says, “the greater need is for consumers and businesses to have access to money that has a stable value and is practically costless to use. We think there’s a strong case for central banks to issue digital currencies that would be free to use.”

Japan and China are the big countries that are fuelling the rise and acceptability of cryptocurrencies. Recently, Japan has accounted for almost 55% of total bitcoin trading volume as it recognised bitcoin earlier this April as a legal currency. As wealthy people grow in number in China, cryptocurrency is now seen as an alternative asset class that is less volatile and improving in stability. There is also an increase in acceptance of cryptocurrencies in Japan. For example, megabanks in Japan back bitFlyer, which is Japan’s largest exchange for bitcoins.

However, there is hesitation in China to recognise virtual currencies as currencies that can meet modern economic development needs. Shen Songcheng, an adviser to the People’s Bank of China, commented that virtual currencies like bitcoin are assets, but they do not have the essential attributes that can allow it to meet modern needs of the economy. There also remains much scepticism and calls for regulation of bitcoin, and other virtual currencies have remained strong. For example, China recognises Bitcoin as a “virtual good.”

The CEO of Chinese bitcoin exchange BTCC, Bobby Lee, believes that cryptocurrencies need to be regulated to protect consumers. Lee adds, “But the challenge is how to craft the rules around this new technology. I think it is taking the lawmakers and regulators some time to wrap their minds around it, and coming up with the appropriate rules and laws to govern companies, how we do business, to govern individuals and how people conduct business online.”

Of course, with government regulation, a possible topic discussion shortly would involve taxes.

With these developments, it is indeed a strong possibility that cryptocurrencies could be the future of money. There is also more support from big corporations such as Microsoft, Intuit, and PayPal who recognise and accept bitcoin. When more mainstream companies and small businesses start to accept bitcoin and other cryptocurrencies as money, then money as we know it will transition into oblivion and irrelevance.

Economist Thorsten Polleit, believes that cryptocurrencies avoid the major flaws of public fiat money such as inflation, the possibility of an increase in national debt as well as fueling boom-bust cycles in the economy. He argues that so long that there is no state-mandated economic monopoly on cryptocurrencies, the future of bitcoins and the likes be bright as it could usher in a new age of monetary revolution.

However, regulation must be in place as cryptocurrencies such as Bitcoin can also be used in illegal transactions such as online drugs selling and paying hackers to carry out cyber attacks on digital properties. Continued speculation on these cryptocurrencies will also slow down the acceptability of these currencies as investors are just focused on how much the price can be worth in the future rather than its intrinsic use and value today.

This makes the value of bitcoin and other virtual currencies rather volatile as traders swing in and out of the market. In addition, unlike government guarantees on money savings in the bank, e.g. money insured up to $250,000 by the Federal Deposit Insurance Corporation in America, cryptocurrencies are vulnerable to hacks and although blockchain technology prides itself in being difficult to penetrate and hack into, if something happens investors have no place to turn to if they want to get their money back.

As such, caveat emptor always and due diligence must always be done in line with the risks of purchasing cryptocurrencies.