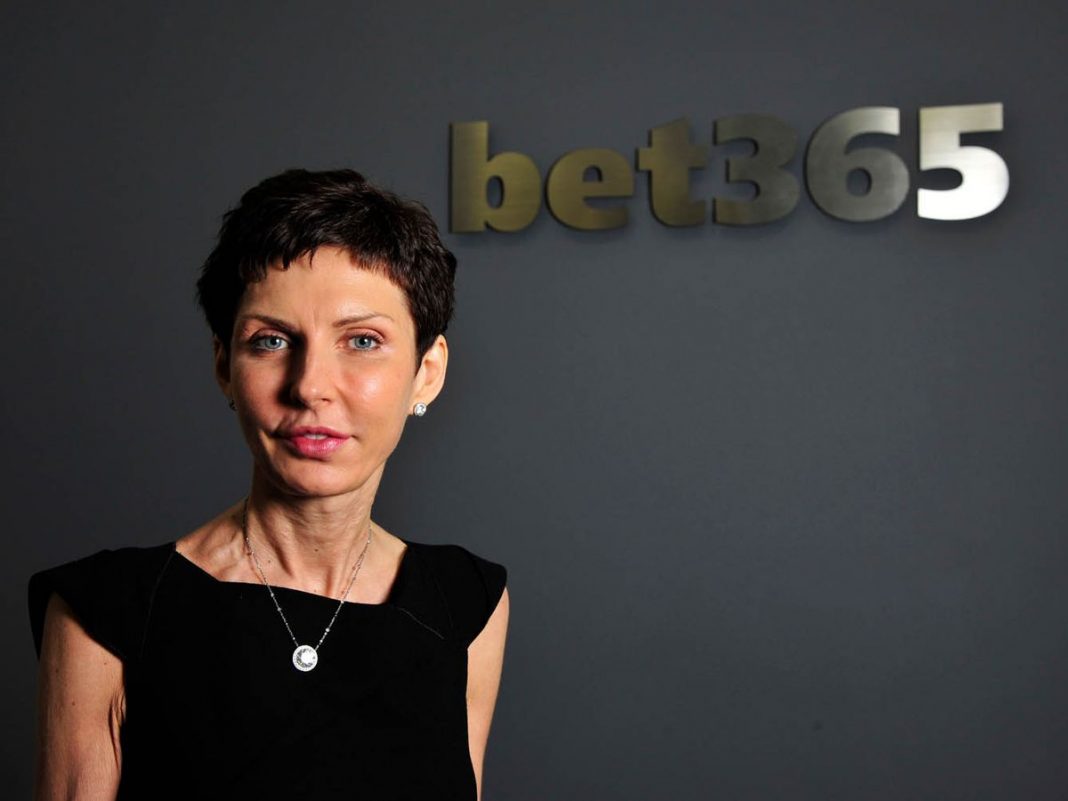 As Bill Gates once said, “To win big, you sometimes have to take big risks.”

Denise Coates, founder of Bet365 and the UK’s most successful businesswoman, has learned this lesson well. She saw an opportunity and went all in, risking everything she had. She started an online business – from a temporary building sited in a car park – and turned it into an online gambling juggernaut.

Today, Bet365 is one of the world’s leading online gambling companies, with over 45 million customers worldwide and multiple top industry publication awards won over the last 10 years. Bet365 is considered a pioneer and an innovator for online gambling. It was one of the first gambling companies to add casinos, bingo and poker to their online site, to offer 24/7 customer support, and to provide mobile compatibility and in-game betting.

It’s safe to say that Denise knows the betting industry well, as she comes from third-generation bookmakers and learned the business from her parents and grandparents. She was still at school when she first started working as a cashier in her father’s bookmaking firm, Provincial Racing.

From school she went on to study at the University of Sheffield, where she earned a degree in econometrics, and shortly after decided to receive further training in accounting – something she says was a helpful choice for her career. Impressed with her skills and work ethics, her father eventually offered Denise the opportunity to take over the small chain of shops, which is how she became managing director of the company in 1995.

One of her colleagues, Debbie Tatton, remembers that, “When Denise came, she wanted a closer relationship between the staff and the customers. We became a lot more professional, a lot more customer-focused. A lot of younger people started coming in, as well as a lot more ladies.”

And then things got really interesting. As the millennium approached, Denise began to suspect that the Internet could drastically change the future of sports betting. Sensing an opportunity to be on the front line of something big and to grow the family business, she decided to make a move.

In January 2000, she bought the 365.com domain from eBay for $25,000. However, to properly develop and launch the site, the company needed money. Denise approached several venture capitalists in London, but, unfortunately, not a single investor believed in her vision at that time.

Continuing to search for investment, Denise eventually turned to her father, other family members and the Royal Bank of Scotland, which granted a loan of more than $18 million. However, she had to put the family’s betting shops down as collateral. “We mortgaged the betting shops and put it all into online,” Denise remembers. “We knew the industry required big startup costs but… we gambled everything on it. We were the ultimate gamblers if you like.”

Finally, the site went live in March 2001, and Denise was determined to make it work. To ensure the interest in the brand, she had multiple strategies in place and worked 24/7, just like the website. “You start a 24/7 business and you work 24/7. When you’re not in the office, you take calls in the middle of the night, regularly – that’s how the early days were. I’ve worked harder than you can possibly imagine. In the last couple of years, life has normalised… the impact on my life now is very different,” she noted.

The hard work paid off in just four years. In 2005, Denise and her family were able to pay back the Royal Bank of Scotland for their initial loan. In 2013, Bet365 earned more than $187 million in profits, after which Denise and her father became billionaires. That same year, Denise was recognised as one of the 100 most powerful women in the United Kingdom.

Today, Denise is acknowledged as being one of Britain’s most talented entrepreneurs of her generation, the best-paid female executive in the world, and the UK’s most successful self-made businesswoman. She is also the only woman among the UK-based billionaires in the Bloomberg Billionaires Index, which includes Virgin Group founder Richard Branson, and Joe Lewis, owner of Tottenham Hotspur Football Club.

Proof of this standing is easily seen from the numbers. In 2019, she pocketed an impressive sum of $422 million in salary and dividends, representing an even more impressive 26% jump from the $287 million earned the previous year.

Denise’s salary breaks down to $928,000 per day. As a point of comparison, her annual salary is more than 9,500 times greater than the average UK salary and 2,000 times greater than that paid to Prime Minister Boris Johnson, according to CEO Magazine. As of December 2019, her net worth is estimated at $12.2 billion.

Since the very beginning of her career, Denise has remained unchanged. She rarely gives interviews, is very protective of her privacy and keeps her public appearances to a minimum. She always declines to discuss her interests beyond work, with the closest she came to discussing her personal life being a comment that, “My family is what’s important to me,” adding that the public persona does not come naturally to her: “I really don’t enjoy the attention. I’m not saying I’m a shrinking violet. I’m not. I’ve been bossy all my life. It’s just I very much enjoy actually running the business.”

Perhaps the only thing that gives her away on the streets is her personalised Aston Martin. Other than that, she spends the majority of her time thinking about the little details that can improve her company, whilst quietly living in a farmhouse in Cheshire with her husband and their five children.