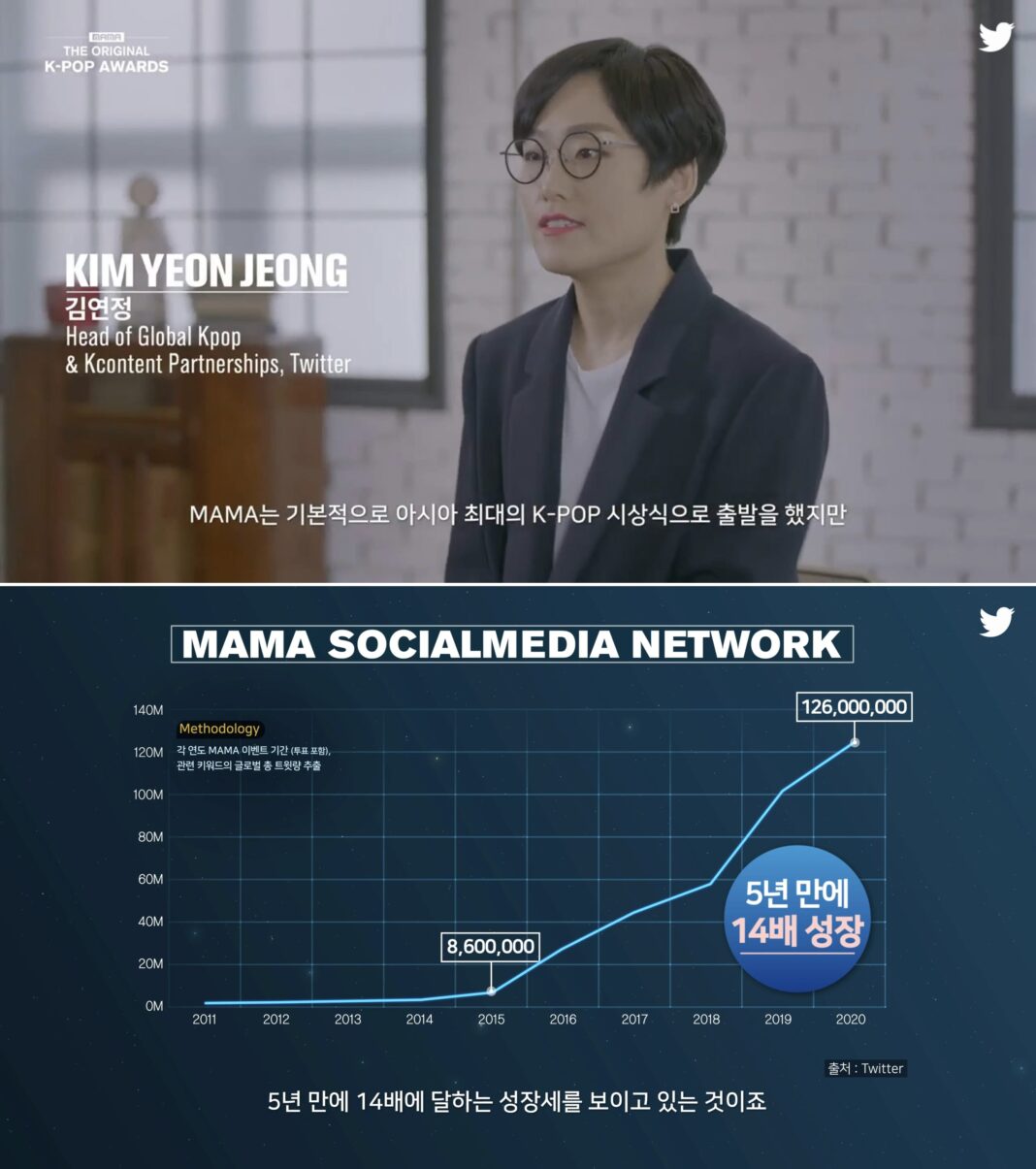 From Twitter Stanbot, #MAMAVOTE to the MAMA commentary, #KpopTwitter gets an intimate front-row seat to the awards show – exclusively on the service

SEOUL, SOUTH KOREA – Media OutReach – 5 November 2021 – Twitter and CJ ENM’s Mnet are partnering again for the 2021 Mnet ASIAN MUSIC AWARDS (2021 MAMA), or #2021MAMA, the world’s No. 1 K-pop music awards ceremony to be hosted on December 11. As one of the most anticipated annual awards ceremonies that celebrate K-pop, MAMA will once again be streamed to fans across the globe, and fans can come together on Twitter to cheer on their favorite artists.

This year, we have several activations Twitter and MAMA will bring to life for fans to feel closer to the action of the awards ceremony, as well as their favorite artists. 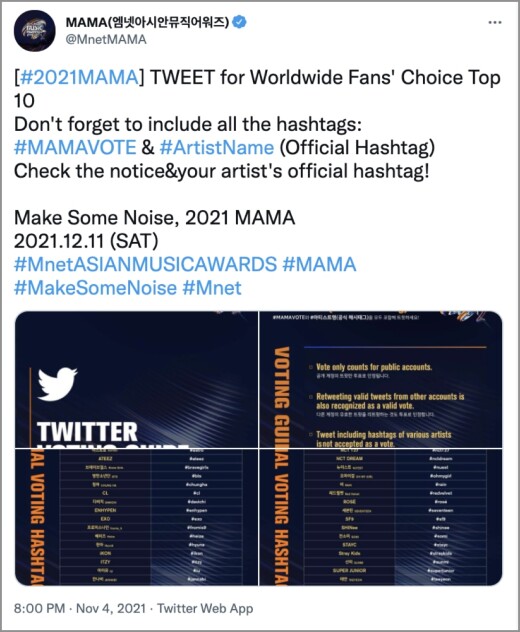 #MAMAVOTE has already begun on November 4, and fans can vote for “Worldwide Fans’ Choice TOP 10” on Twitter until the closing is announced on December 11 during the awards ceremony. Fans around the world can vote for their favorites by Tweeting with the hashtags #MAMAVOTE and #ArtistName.

Returning for the second year, Twitter Stanbot will be capturing the artists’ best red carpet moments once again through high-quality, slow-motion cinematic videos. These exclusive 2021 MAMA Stanbot videos will be viewable only on Twitter at @MnetMAMA.

To help fans commemorate the 2021 awards, Twitter will provide special emojis for the hashtags #2021MAMA, #MAMAVOTE, and #Stanbot.

An Events page dedicated to the awards show that will provide K-Pop fans on Twitter a one-stop service in knowing the latest happenings surrounding 2021 MAMA and get in on the action and conversations without missing a beat. 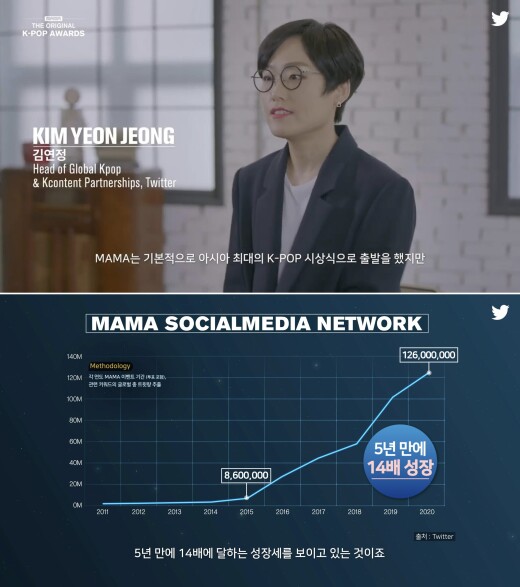 MAMA’s commentary titled ‘MAMA THE ORIGINAL K-POP AWARDS’, premiered on 28 Oct, takes fans behind-the-scenes, highlighting the awards show’s rise as it became one of the most Tweeted-about awards shows in music. MAMA has provided critical boosts to many K-pop artists’ careers, catapulting them into stardom, giving their fans moments to remember at MAMA, including one-of-a-kind mega-scale performances using cutting-edge technology. Fans can rewatch the first episode of ‘MAMA THE ORIGINAL K-POP AWARDS’ on the Mnet K-POP YouTube channel.

YeonJeong Kim, Head of Global K-pop Partnerships at Twitter, said, “MAMA continues to be one of the most talked about music award shows on Twitter, connecting fans from around the world with one another and with their idols. We’re excited to partner with CJ ENM once again to provide fans with a memorable experience wherever they are, whichever language they speak in. From exclusive red carpet videos to #MAMAVOTE, the K-pop community has plenty of MAMA content to enjoy before, during and after the event.”

#2021MAMA follows last year’s edition of the awards, which topped Twitter real-time trends Worldwide, and in 68 markets including the United States, Japan, Brazil, the United Kingdom, and Thailand. More than 126 million MAMA-related Tweets were generated from the start of MAMA “Worldwide Fans’ Choice” voting through December 6, the day of #2020MAMA. Twitter and MAMA brought the event to K-pop fans around the world with the exclusive 2021 MAMA Twitter Stanbot, and “Worldwide Fans’ Choice TOP 10” voting on Twitter.

Presented by CJ ENM, Mnet ASIAN MUSIC AWARDS (MAMA) is Asia’s largest music awards ceremony, acclaimed by fans around the world for its gigantic performances and elaborate stage production, which has introduced Korea’s top-notch production abilities to global audiences. Each year MAMA attracts the biggest artists in music from Asia, like BTS, TWICE, MONSTA X, ITZY, and GOT7, as well as the worldwide superstars including Snoop Dogg, Dua Lipa, and the Black Eyed Peas. MAMA is further expanding its presence as an iconic global music festival by taking #2020MAMA online to a global audience. Not only has MAMA become a significant year-end music awards ceremony, it has also blossomed into an extravagant international music event packed with groundbreaking performances.

Twitter is what’s happening and what people are talking about right now. To learn more, visit about.twitter.com and follow