Home Business Research And The Art To Describe And Explain 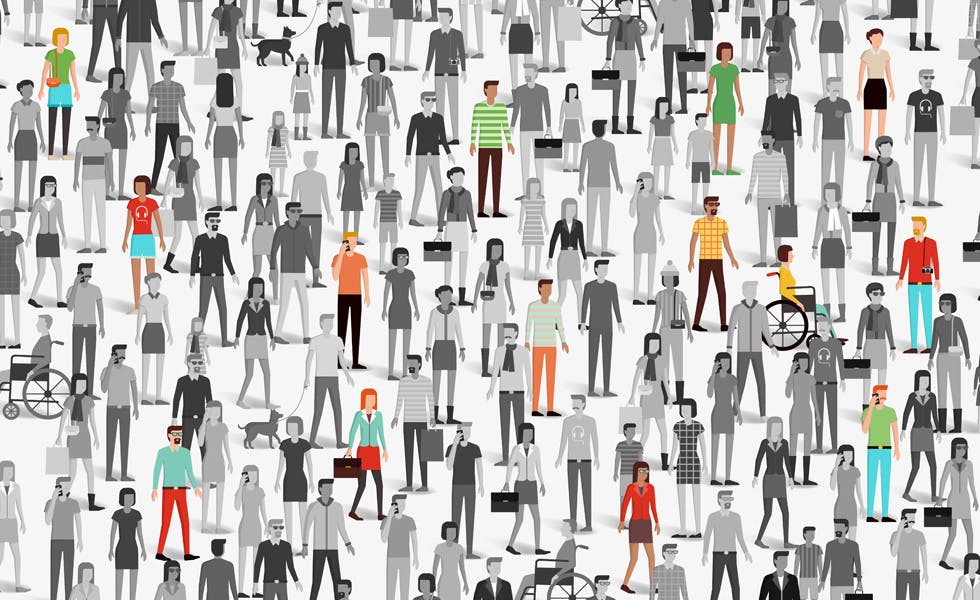 There is a common misconception that opinion polling and market research is about providing statistics, numbers, and charts.
In part, we as an industry have helped in creating this misconception – look at the political polling, usually presented by the latest figures and commented by a news anchor.

We provide numbers, and others analyse and create values. No wonder that this image is being spread to all market research. What happens when these numbers seem to be wrong? Take Brexit, as an example. The actual polls were quite accurate, it was an extremely tight race, but this turned into a sure thing for the stay side in the media. The stay voters stayed at home, glad not have to vote on the ridiculous thing. But afterwards, the polling industry got the blame for someone else’s misinterpretation.

The same with the president’s election in the US. Did you know that the polls conducted with proper methods were the most accurate in 40 years? Probably not. There was just a little catch to the polls; they measured the wrong thing. Basically, they focused on something that is usually good enough – popular votes. But for the second or third time in history (depending on what really happened in Florida when Al Gore ran), the candidate with most votes did not win the electoral college. But measuring the electoral votes with proper polls is extremely expensive compared to popular votes.

What I have done in Sweden over the last six years is regularly tried to educate and explain to the media outlets what we do, and when our research becomes news, we also explain the result. We give our analysis, what kind of conclusions you can draw, and put the research in context. That has made a big difference in Sweden, and it has also created a positive trend that the rest of the market needs to step up and do the same to a greater extent. Don’t just ask us for the numbers, ask us what the research means.

Research is a method and a process to gain knowledge.

That applies to all sorts of research, and market research and opinion polling are no different.

The goal of research is not to collect data, that is just a vital step to gain knowledge. Without facts, it is not possible to gain knowledge. Sounds simple, of course, but in our industry, it is something that is often forgotten by both us as market researchers and the customers.

We use statistics, numbers, and charts as references and tools to be able to describe and explain, to share knowledge.

This is often referred to as data collection and analysis. But think about those words; what associations do you get when you hear the words data analysis? About the word analysis?

The words as such may not be wrong, but they lead the thought wrong, it gets complicated, sterile, and in many cases overly pretentious. When I think of the word analysis, I think about advanced mathematical models and complicated statistical calculations. And sure, we do that, but often the analysis being made is in the head of the researcher, based on accumulated knowledge about the context, human behaviour, and the facts collected.

Einstein only used pen and paper to explain gravitation, the theory of relativity, etc. An amazing feat of analysis and yet there is still a huge amount spent on computer calculations and the brightest scientists to prove his theories right. And so far, they seem to be. But Einstein’s analysis was mainly in his head. Albert Einstein described and explained how a big part of the universe worked.

I am not saying that we are all like Einstein, that might be pushing it a bit, but it is a good example that analysis does not need to be an advanced computer model.

To describe something, you need reliable information. A broken thermometer is a bad tool to measure the temperature. And it is pretty useless to describe the weather based on that as one of your data sources.

It is the same with our data collection; you need the tools you can trust, no matter what method you use – web-based, phone survey, focus groups, online forums, eye tracking and so on. You need to use methods that give reliable data. You must be skilled in the tools used, and you should use methods based on science and proven experience. And they do exist in our field of work. However, this may not be the cheapest way to provide some numbers. But bad data is useless if you want to gain knowledge.

That is why the data collection is vital. And that is why we as an industry need to spread our knowledge about what works and what doesn’t.

But just to describe something is not enough, you do not get knowledge and understanding about the inner workings of the issue just from a description. explanation is the key.

Explanation is probably a better word than analysis. I feel it leads the thought in a better direction. To be able to explain, you need knowledge about the market, the context, experience, psychology and human behaviour, more than advanced models and formulas. For a knowledgeable, experienced researcher, the explanation often comes naturally. It is hard to say how the different knowledge is combined into a good explanation. It hardly feels like work. But the work is based on a long career accumulating the knowledge, mastering the tools of the trade, and a talent to sort, filter, and summarise a large number of facts to a correct and understandable explanation.

This work is needed every step of the way, from formulating the questions to gathering relevant information to being able to describe and explain correctly. In the end, an extensive and very expensive market research project is summarised by a few sentences. It may look simple, but that is the beauty of it.

Insights are often talked about as goals for market research. We provide key insights into understanding the customer journey. But it is also often a misleading word, maybe even more so than analysis.

An insight is often obvious when formulated. Most people can see that it is true and agree once it is formulated. It looks so simple and obvious. But the road to an insight is long, winding, and filled with obstacles. And the goal, the insight looks so inconspicuous that it is often missed, and its value greatly underestimated. But when you find them and see them for what they really are, they are invaluable. An insight is rarely reached without a lot of work. And you often miss the forest for all the trees.

How do you value accumulated knowledge and intelligence? How do you set a price tag on that? As with all expertise, it looks so easy when a professional does it, but an amateur trying it will likely hit pitfalls and make rookie mistakes. And becoming a true expert probably takes more than 20 years of on the job training.

There is also a trend that knowledge can be outcompeted by technology. Big data and Artificial Intelligence will be better than real intelligence. Digitalization has changed everything. The customer is not a customer anymore; they are the product, etc.

But anyway, think about this: we are still human, our brain is 40,000 years old. And we react, think, and feel the same way we always have. Maybe faster, maybe seemingly more irrational, but we are still humans, and we are still a collective that our customers need to understand.

The goal is to understand human behaviour – the logic and the feelings. Both as an individual and as a collective. That is where Novus comes in. We describe and explain human behaviour.

Done correctly, it is the greatest job on the planet. We get to work with all types of industries, and we help management teams with their strategies. We help politicians and governments understand the people whose trust they rely on to exist.

And when you understand, you can also start changing things. Therein lies the great value of what we do. The companies that understand the true meaning of good research will be successful.

I will end with two insights that have proven invaluable for me and for my company;