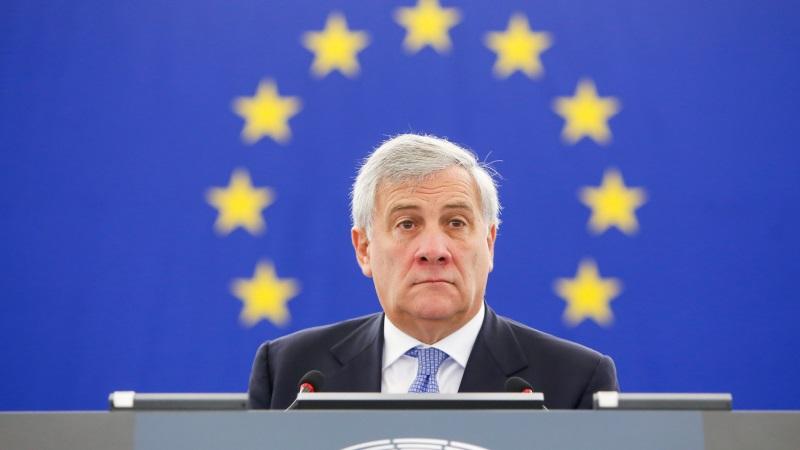 Britain’s £20bn Brexit divorce bill offer is “peanuts”, the President of the European Parliament has warned. Antonio Tajani said the situation was “not good” and “we need to know what the UK wants to do” as he restated Brussels’ demands for a financial settlement which could be as high as £53 billion.In comments that will anger Eurosceptic MPs, Mr Tajani said the UK Government was “not realistic” in its approach to the financial settlement and echoed Margaret Thatcher’s language when she secured the British rebate.

Speaking to BBC’s Newsnight, he said: “We need our money back, as Mrs Thatcher said 30 or 40 years ago. This is important for us. I’m not against the UK. But please, help us to help you,” he said. “Twenty billion is peanuts. It’s peanuts, 20 billions. The problem is 50, 60, this is the real situation.”

Mr Tajani added: “In the Conservative Party there are different positions. This is not good for good work in the next months.”

It comes after Michel Barnier, the EU’s chief negotiator, said talks were deadlocked about Britain leaving the Eu in March 2019 . He added there was “disturbing deadlock” over the size of Britain’s divorce bill.He as been saying he will bclock talks on a trade deal since February, and it is reported he wants as much as €100 billion from the UK.

He insists the UK covers supposed budget liabilities, including the pensions of eurocrats, that EU courts remain supreme in the UK, and has insisted the EU will not budge “one iota” from their Brexit mandate.Xavier Rolet, chief executive of the London Stock Exchange Group, says European leaders who demanded tighter global regulation after the 2008 financial crisis are now threatening to “fragment” those same standards to punish Britain for Brexit.

He calls for an “update” on the progress of these talks to reassure international financial firms.