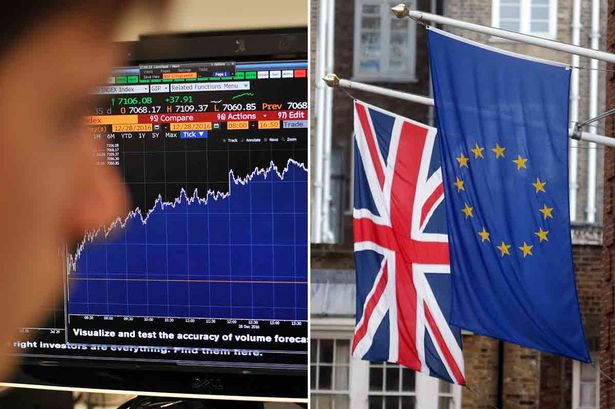 London, 4th November 2019: New research finds that only a very small number of the UK’s SMEs (5%) say increased uncertainty over the last three years has not cost their business in terms of lost revenue or turnover. On average, respondents estimated that the increased uncertainty of the last three years has cost their business over one million pounds in terms of lost revenue/ turnoveri, despite the fact that the UK has yet to formally leave the EU.

Collaborate UK 2019, CitySprint’s seventh annual survey of 1,000 decision makers and leaders at SMEs, found that less than a third (32%) of UK SMEs has seen the ‘Get Ready for Brexit’ advertising campaign, and over 1 in 5 (21%) haven’t seen or accessed any Government guidance or support at all since 2016. The data raises questions about how well prepared for Brexit the nation’s smaller businesses are, despite the Government’s high-profile awareness and advice campaign.

The research also reveals that almost half (45%) of UK SME decision makers don’t believe the Government has done enough to help businesses adequately prepare for Brexit. A similar amount (43%) lack confidence in the Government’s ability to protect businesses from the impact of Brexit – an increase of 7% since the same question was put to SMEs in 2017.

There is still a strong appetite amongst SME decision makers for more guidance from the Government, with the research identifying a desire to see more advice on what regulations may change, information on the different types of exit, to tax breaks and additional financial support.

However, in a clear sign of the continued resilience of the UK’s business community, half of SME decision makers feel more confident than they did 12 months ago, and nearly the same amount (49%) of businesses are looking to expand their customer base across the UK in the next year. Despite concerns over regulations and trade, many are also looking further afield, with just under 7 in 10 (69%) planning to expand their customer base in Europe, an increase of 28% since last year.

Rosie Bailey, Director of Business Development at CitySprint, commented: “SMEs sit right at the heart of our economy. While it’s great to see that they feel upbeat and resilient, thanks to many years spent flexing their business to suit the times, it’s clear that they also need some extra support to help navigate the specific complexities of Brexit.”

She continues: “With time running out, business owners should take immediate steps to seek out the information they need to understand the potential impact of Brexit in whatever form it takes and put clear plans in place to help their organisation mitigate these.”

With continued uncertainty around what form Brexit will take as we approach the revised 31st January deadline only 38% of SMEs stated that their business has made specific plans to prepare for Brexit, and just under 3 in 10 (29%) have put plans in place specifically for a no-deal scenario. However, almost a quarter (22%) have specific plans which prepare them for a Brexit extension.

The research also reveals the specific activities SMEs have had to put on hold as a result of Brexit since the referendum result in 2016, with restricting hiring, holding off on exploring new markets, and delaying investment in new products and services making the top three areas SMEs have limited in some way.