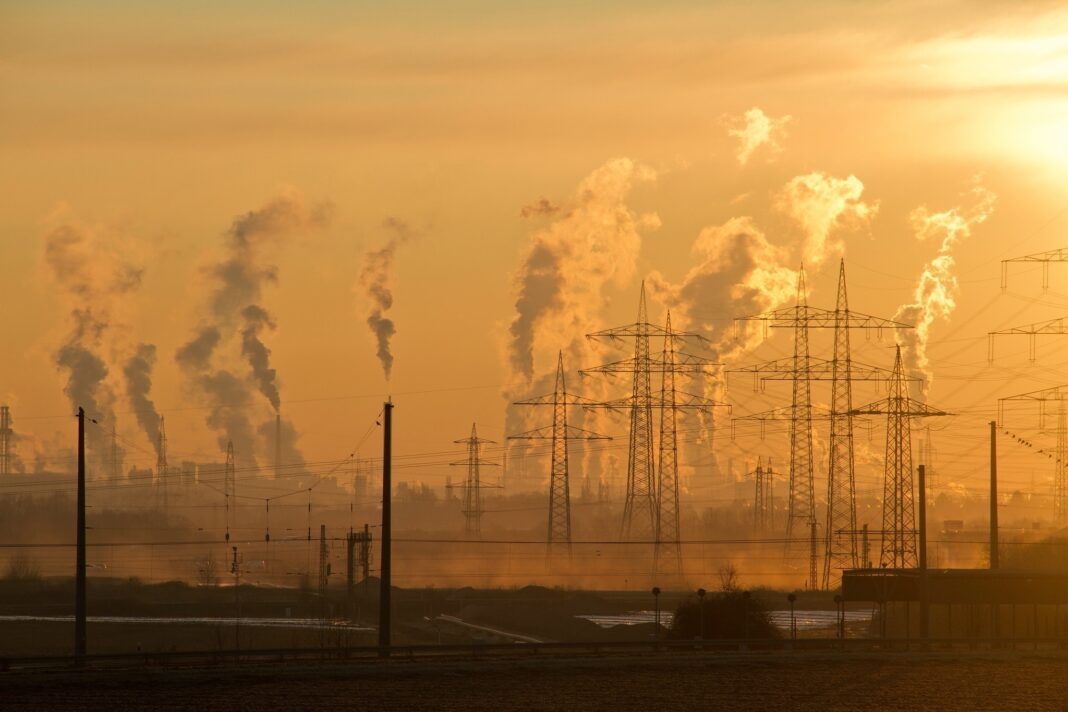 These are some of the headline findings of a new survey conducted by the World Economic Forum and Ipsos among 23,507 adults in 34 countries between July 22 and August 5 2022.

“We are in a climate crisis. The survey results affirm that across the world, people already feel the effects today and fear for their futures tomorrow” said Gim Huay Neo, Managing Director, Head of the Centre for Nature and Climate, World Economic Forum. “The crisis affects everyone. We have to work together, to adapt to climate change, and concurrently, accelerate and scale action towards a healthier, greener, and more sustainable planet. We need a holistic and systems approach, involving all stakeholders – governments, businesses, and civil society – to co-create solutions and effectively respond to this crisis.”

Survey respondents were asked “How severe an effect would you say climate change has had so far in the area where you live?” The proportion of respondents describing the effect of climate change in their areas as “very” or “somewhat” severe ranged from global lows of 25% in Sweden and 38% in Ireland, to highs of 75% in Mexico and 74% in both Hungary and Turkey, averaging 56% globally.

This likely reflects recent events in these countries. As the survey also found notable regional differences within the countries where the survey took place – likely reflecting recent experiences with extreme heat, drought, forest fires, or floods. For example, the prevalence of people saying that they had already experienced severe effects of climate change was significantly higher for Greater London than the national average, for British Columbia (compared to the rest Canada), the western region of the United States, south-eastern France, southern Germany, north-eastern Italy, and east Hungary. 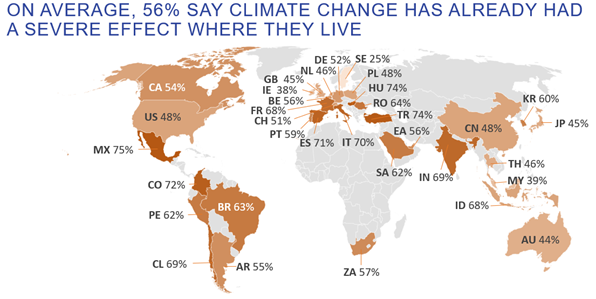 Impacts expected to go from bad to worse

The survey also asked respondents “How severe an effect do you expect climate change to have in your area over the next 10 years?” The global mood here seems clear, as a majority in every single country surveyed said that they expected to be severely impacted by 2030.

Expectations about climate change and displacement

Respondents were also asked “How likely would you say it is that you and your family will be displaced from your home as a result of climate change at some point in the next 25 years?”

On average across the 34 countries surveyed, just over one in three respondents (35%) said it was likely that they or their families will be displaced from their homes as a result of climate change in the next quarter of a century (of these 10% said “very likely”, and 25% “somewhat likely”).

While reported and expected experiences with severe effects of climate change varied little along demographic variables globally – although women both reported and expected slightly worse climate impacts than men on average globally – the perceived likelihood of being displaced because of climate change decreased significantly with age. Globally, 43% of those under 35 and 37% of those aged 35 to 49 said it is likely they will need to move in the next 25 years because of climate change. However only 25% among those aged 50 to 74 shared these concerns.

Ipsos is the world’s third-largest market research company, with a presence in 90 markets and employing more than 18,000 people. It serves more than 5,000 clients across the world with 75 business solutions. Founded in France in 1975, Ipsos is listed on the Euronext Paris since 1 July 1999.