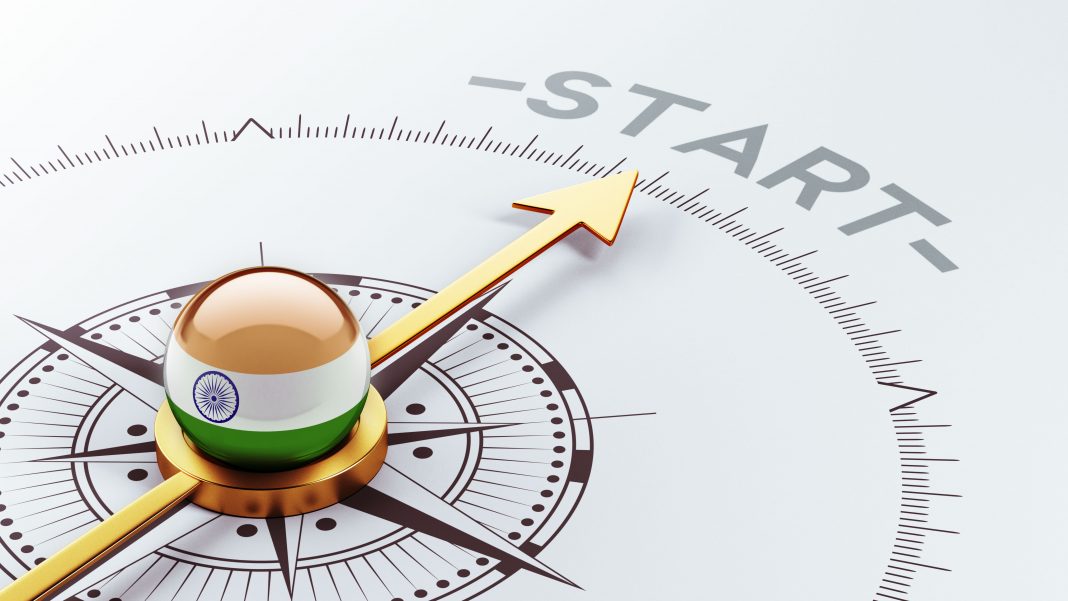 In early 2017, the global real estate consulting firm Jones Lang LaSalle called Bangalore the “most dynamic” urban economy in the world. The city earned the top ranking in JLL’s Cities Momentum Index, displacing the Silicon Valley region, because it adapts “most rapidly to…technological and infrastructural transformation.” Bala Murali Krishna finds out exactly what is happening to the rapidly transforming city of Bangalore.

That is, of course, an extreme view that might find limited takers. The truth is, Bangalore never appears among the world’s top ten startup hubs in the most popular global rankings, and is nowhere near to upending the fortunes of Silicon Valley, or for that matter, any other major startup hub in the world. The best it might do is overtake Silicon Valley in head count of IT engineers to become the world’s single largest IT cluster in 2020, employing two million IT professionals, according to a study by the consulting firm McKinsey.

Regardless, here’s another extreme view. Many, including some scientists, fear Bangalore is so toxic it is more likely to choke itself to death than to become the world’s startup capital. One local scientist, in fact, believes Bangalore could be “unlivable” as early as 2020. If you ever visit Bangalore, or lived here even for a short time, you might wonder how the city even functions, let alone thrive. Such is the visible mess. It is woefully short on infrastructure and governance. Even the most basic facilities appear close to breaking down, and often do.

By 2021, Bangalore’s population is projected to nearly triple from its size in 2001, rising from 5.1 million to 14.2 million. Its population density is heading toward 5,700 people per square kilometer, nearly double the number in 2001, because geographical expansion of the city has not kept pace. As a consequence, the city’s residents live with less of everything – less space, less green space, less trees, less water, less roads – and even worse, less clean air and water.

Bangalore fares poorly on several other criteria. It is among the most polluted cities in India. In 2016, Greenpeace found peak PM10 concentrations – a deadly mix of smoke, soot, dust, salt, acids and metals – in the city to be 119µg/m3, nearly double the national average of 60µg/m3. Two key contributors to this deadly cocktail are: on-road vehicles, numbering 5.6 million now including motorcycles, and diesel generators used by virtually every commercial establishment as a backup for erratic power supply.

Most of Bangalore’s green spaces and water bodies have been built over by property developers. According to a study by the Indian Institute of Science, nearly 98% of the city’s 105 lakes have been variously encroached upon; 90% of the lakes suffer from flows of untreated sewage; and 25 lakes have little or no water. In addition, several lakes well up with foam and fill adjacent roads. Some occasionally burst into flames. Only four of the city’s 105 lakes are considered unpolluted.

Then there is the garbage. For nearly a decade now, Bangalore hasn’t figured out how to deal with the growing problem. Karnataka’s lawmakers have traveled to Singapore and Australia for purported study tours, but have chosen to simply let city officials dump garbage in neighboring villages. When driven away by one angry village, the city officials send the dumpsters into another. Itis also not uncommon to see garbage pile up on the sides of streets, or being sorted in open grounds, leaving a daylong stench in the entire neighborhood.

In reality, Bangalore’s garbage is not much for a city of its size, and the task of disposing it should not be so difficult for a city of technologists. Take New York City, which in population is roughly the size of Bangalore. The Big Apple generates about 12,000 tons of garbage a day. Bangalore’s is less than a third, at 3,600 tons a day, a number Bangalore’s civic corporation cited in a court hearing in 2013.

And then there is the matter of its choked roads. It is so bad, it may have stopped a serial terror attack in 2005 simply because the assailants couldn’t drive from one targeted site to the next on time. Bangalore’s traffic is the butt of everyday jokes. An especially popular one widely circulated on WhatsApp goes like this: Why did frustrated Bangaloreans who decided to leave the city forever head home minutes later? They hit Silk Board, one of the city’s worst choke points.

Bangalore has over 5.6 million vehicles – automobiles and motorcycles – and that number grows by over a 1,000 every single day. But it has only 8.2 kilometers of roads per square kilometer. That is less than half the road density of the national capital, 21.6 km. per sq. km., which has 6.5 million vehicles. Bangalore’s total road network, spanning 10,200 km., also falls way behind that of New Delhi’s 32,000 km., according to the Global Mobility Monitor Network.

Still, the Numbeo traffic index ranks Bangalore only the fifth worst in India – behind Kolkata, Mumbai, New Delhi and Gurugram. But perception is far worse and who is to argue with drivers stuck on Bangalore roads in rush hour when speeds rarely exceed 10 kilometers an hour?

Bangalore doesn’t fare well on esthetics either. Rapid development has turned most parts of the city into an ugly urban sprawl. Its buildings offend sensibilities in a city known for such architectural landmarks as the Vidhana Soudha, seat of the Karnataka state legislature. Its flyovers are an eyesore, and are singularly held responsible for the stripping away of large centuries-old trees. The city’s billboards, many of them put up illegally, are another curse. Even the utilitarian Metro is a blight, having ruined forever the city’s iconic Mahatma Gandhi Road, and a lot of other leafy suburbs. It is for all these reasons that Bangalore’s most famous resident historian, Ramachandra Guha, who has taught at global universities including Stanford and Yale, blames the politicians. He believes the state of Karnataka has been “blessed by geography, history and culture but cursed by politics.”

Since the mid-1980s, Karnataka has been ruled by shortsighted leaders who have preferred to preside over corrupt or inefficient administrations, often both, oblivious to the ecological and environmental ruin of Bangalore. It’s no wonder that many Bangaloreans see a losing battle on most fronts – air, water, roads, transport and housing, to name a few. Few believe in a better tomorrow, and some scientists have actually gone ahead and written the city’s obituary.

In 2016, researchers at the Indian Institute of Science assessed five global cities, including Bangalore and Mumbai, on an urban sustainability index. They found that Bangalore fared worse than Singapore, London and Shanghai, but better than Mumbai, presumably because the coastal city faces additional threat from climate change. The researchers blamed Bangalore’s poor score on environmental degradation and poor planning.

In another joint study by IISc, University of Melbourne and China’s Chang’an University, researchers found that half of Bangalore’s CO2 (carbon dioxide)emissions come from the technology industry and the cars used by its workforce, directly linking the progressive deterioration of the city to so-called development and associated urban growth policies, or the lack of them. Prof. T. V. Ramachandra, of the IISc’s Centre for Ecological Sciences, has extensively studied the city’s water bodies. In a report, he observed thus:

That, he later told the Bangalore daily Deccan Herald, “is an unrealistic and tragic growth. Our children will not have clean air, clean water, and clean environment, all of which go against Article 21 of the (Indian) Constitution.”

So is it all doom and gloom? Maybe not yet.

A World Bank report on decaying cities, released in the summer of 2016, probably has the best message for Bangalore. Private sector participation is critical in the revival of cities, the bank said, after a review of regeneration programs in eight global cities – Ahmedabad, Buenos Aires, Johannesburg, Santiago, Singapore, Seoul, Shanghai and Washington, D.C.

If one goes by the global Mercer’s quality of living rankings, Bangalore fares worse than all the other cities except Ahmedabad, which was not considered by Mercer. In its 2017 rankings, Mercer ranked Bangalore at 146th out of 200 global cities, and 177th in infrastructure. Within the country, it notably lagged Hyderabad, the highest-ranked Indian city.

Bangalore falls short on governance as well. In 2017, the city slipped four places to 16th in a survey of 21 Indian cities on 83 parameters. Its absolute score of 3.3, on a scale of one to 10, has remained stagnant over the past several years, but its relative ranking has steadily slipped because other Indian cities have shown greater improvements. On the same scale, London and New York, for example, scored 9.3 and 9.8, respectively. The study was conducted by Bangalore-based Janaagraha Centre for Citizenship and Democracy.

Without intervention, and a proactive private sector and civil society participation, it is hard to see the IT industry – whose annual revenues are projected to rise by a third to $80 billion in 2020, from the current $60 billion – sustaining its growth or the startup hub fighting off competition from rivals like the NCR, Mumbai or even Hyderabad, which ranks higher in infrastructure.

In the past, Bangalore has experimented with public-private partnerships. In 1999, the Bangalore Agenda Task Force, consisting of prominent leaders notably from the IT industry, oversaw key areas of governance, with limited success but certain promise. It was disbanded in 2004 by a new political dispensation. It was a tragedy because the city needed such a body more than ever before due to the explosive growth it has witnessed since.

In the summer of 2016, Karnataka’s Congress Party government formed a similar panel, called Bangalore Vision Group, to oversee the city’s growth. Its members include top executives such as Wipro’s Azim Premji, Biocon’s Kiran Mazumdar-Shaw and startup stars such as Flipkart’s Sachin Bansal. But critics call it DOA – dead on arrival – because the panel has done virtually nothing in its first nine months, and kept a curious silence when the rest of the city erupted in protests over a proposed elevated highway made of steel that would have uprooted hundreds of trees and shaved off parts of a golf course, one of the oldest outside Britain, ostensibly to provide a faster road link to the airport.

Bangaloreans eventually scored a victory over the steel flyover proposal. In March 2017, the Congress Party government scrapped the plan, bowing to vigorous and persistent protests led by, among others, a member of parliament. Top executives and entrepreneurs might do well to borrow that never-say-die spirit, and raise the level of engagement with government one way or the other. After all, large IT corporations, as much as startups, cannot simply hang up because they have more skin in the game than, say, politicians.