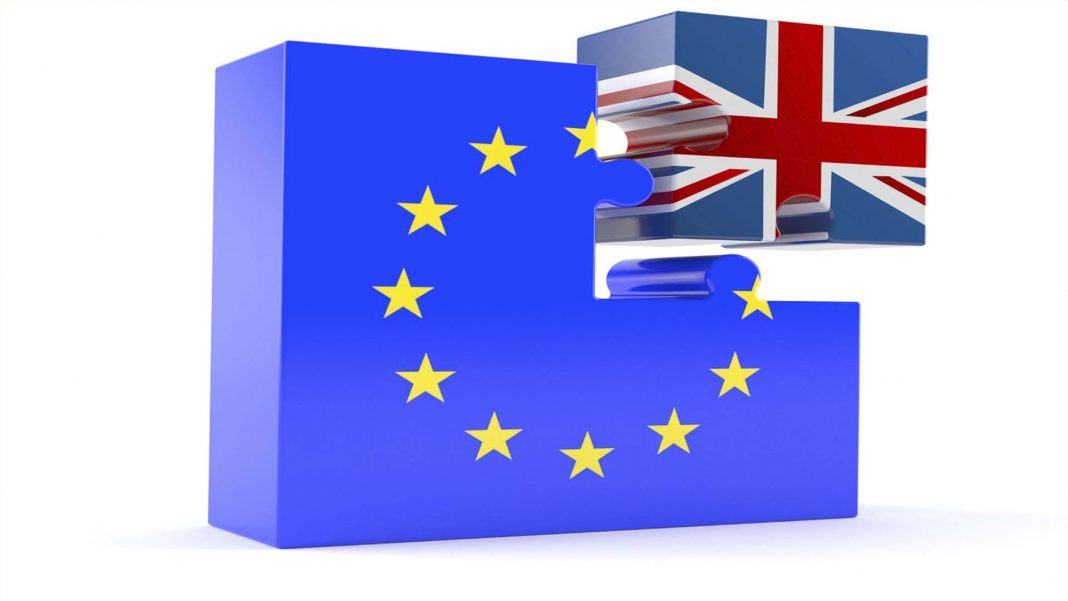 Today Britain and the EU officially begin the first day of formal Brexit negotiations, “aiming for a constructive, orderly launch that avoids a noisy clash on the big policy differences over Britain’s exit”, according to the FT although the sellside reaction was decidedly less optimistic, as summarized by SocGen’s Kit Juckes who in previewing today’s events said that he expects “nothing because the UK position is as clear as mud’ beyond growing signs that the UK wants free trade without being part of the customs union or conceding grounds on borer controls.”

To be sure, no breakthroughs are expected on Monday, or indeed for some weeks and possibly months to come. The idea is for the EU and UK sides to meet, exchange views, plan practicalities and set agendas, all ahead of more detailed talks in coming weeks. “This is about building trust, nothing more,” said one senior EU diplomat quoted by the FT.

Looking at today’s main political event, DB’s Jim Reid writes that the Chancellor of the Exchequer Phillip Hammond suggested yesterday in a TV interview that a gentle departure from the EU should be targeted. The Chancellor indicated that “transactional structures” would be needed to help smooth the process and that “we need to get there via a slope, not via a cliff edge” – suggesting a softer tone in negotiations. In contrast to the PM, Hammond also rejected the mantra “no deal is better than a bad deal”. Hammond also said that his position was one of a “jobs first” Brexit which is also a slight shift in tone compared to the PM. Separately, Hammond said that the UK government had “heard a message last week in the general election” and that ways to soften austerity were being looked at with voters seemingly growing “weary” of it.

Hammond did however also say that he will still look to balance the budget by the middle of the next decade and that the UK had to “live within our means”. It’s worth noting that Hammond is due to deliver his Mansion House speech tomorrow after it was delayed from last week.

On the same day there seems to be momentum building for a “day of rage” against the Government with marches and protests planned. Those on the left of the political spectrum have really been emboldened over the last few weeks. Wednesday could be an interesting day in the UK. As we’ve been saying a lot over the last year we think the Brexit and Trump vote will be seen in years to come as an inflexion point  across the world where Governments had to spend more to appease the bottom half of the population on the income scale or risk getting voted out. The recent political developments in the UK make me more convinced of this. Europe is not immune from this but as discussed above populism is seeing a slight retracement as growth edges towards the upper end of the post financial crisis range. If and when growth fades Europe will again likely face these issues.

Previously, Barclays laid out its own scenarios for a soft, hard and crash Brexit

From a high level, Brexit negotiations lead to a continuum of possible outcomes ranging from some form of status quo to the UK crashing out of the EU without any type of agreement. A first categorisation relies on the orderly or disorderly nature of Brexit:

Hard Brexit: The UK leaves the single market and likely also every other form of existing European trade arrangement. It is not able to establish any strong partnership with the EU in the short term. The negative impact is magnified by the fact that value chain adjustments to business operations take place over a short period of time while the reestablishment of hard borders leads to disruptions.

In case of an orderly Brexit, the UK and the EU would also likely agree on a transition period starting in April 2019 and lasting for a maximum of three years (according to the EU parliament). During the transition, existing arrangements could be upheld (under some conditions) and some long-term features, if already agreed upon, could be phased in. As the UK exits the EU, it will also be allowed to formally conduct trade negotiations with the rest of the world in order to offset its exit from the EU-RoW trade agreements.

Disorderly Brexit: Disorderly Brexit may occur either because talks collapse at some point during the coming 18 months, or because parliaments fail to approve the final agreement. The establishment of hard borders will inevitably generate disruptions, and the negative economic consequences would be maximal for business and citizens. Only dramatically innovative solutions could help address specific issue in selected area (WTO tariff waiver for instance for trade in goods and services).

In terms of the timing, we believe risks are the highest in the first months of discussion, and at the end of the process.

Once the UK leaves the EU, all existing treaties and agreements that the UK enjoyed as part of the EU cease. If no transition is in place, the UK will face a legal vacuum regarding all cross-border trades and travel. Hence, it will have to hold emergency talks with international organisations and bilateral counterparties in order to reestablish trade and travel arrangements. While final agreements might not be in place in April 2019, the UK could request waivers to address some aspects of the transition.

Extension: If UK and EU fail to reach an agreement by April 2019, the EU27 can decide by a unanimous vote of the Council and with the approval of the UK, to extend the negotiations beyond the two years foreseen by the Article 50 of the Treaty of the EU. Such an extension could be used to iron out last minute roadblocks (positive scenario) or to avoid a cliff edge if the deal is rejected by one of the involved parties (emergency solution). Fundamentally, however, an extension can only be conceived as a short-term fix and will likely have to be renewed after a relatively short period of time if needed.