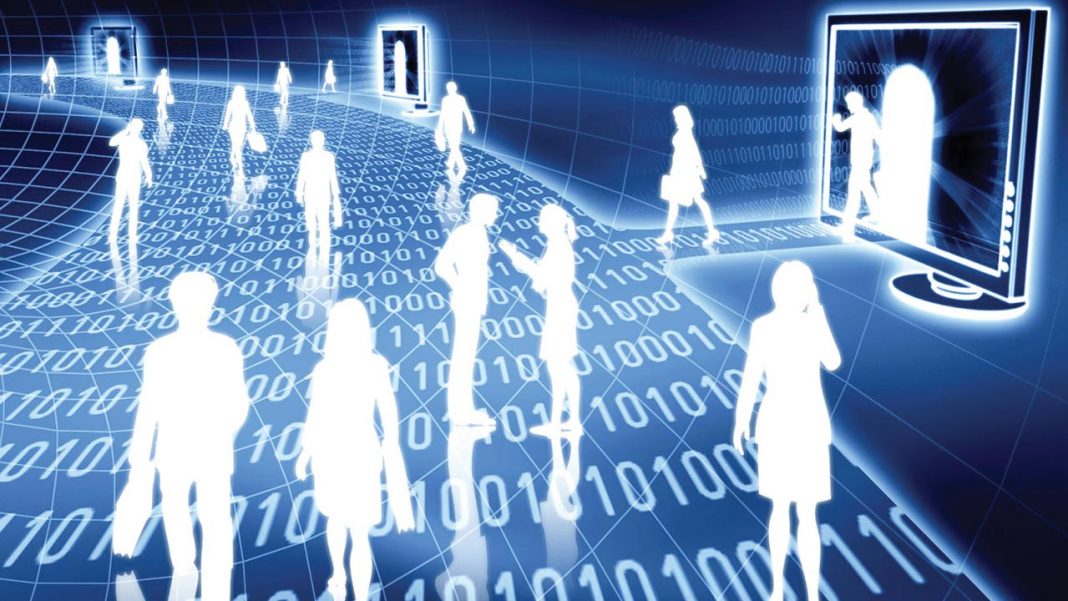 What lies ahead for the digital future of Europe? While Europe continues to become more digital, Andrus Ansip, VP for the Digital Single Market, believes that the pace is too slow. Ansip said, “All Member States should invest more to fully benefit from the Digital Single Market. We do not want a two-speed digital Europe. We should work together to make the EU a digital world leader.” Currently, Denmark, Finland, and Sweden lead Europe when it comes to being the most digital locations in Europe.

Currently, Europe’s digital future is looking bleak because of over-regulation and lack of innovation. Too much regulation stifles businesses and turns off start-ups. Instead, these companies will venture to the USA where the business landscape is more supportive of their initiatives.

Europe seems to be on a quest to create a level playing field for European tech companies because of large American tech companies like Google, Facebook, and Amazon. There is merit to boosting competition by levelling the business environment, but over-regulation of competitors can backfire.

Data is the currency of the new economy, and Europe’s digital future will depend on how it approaches data. Will there be protectionism or will data be allowed to flow freely? While consumer privacy and security is important, freedom of data movement can improve growth, boost jobs and international competitiveness. Regulation must balance these forces to create a productive setting for Europe and its global partners. Data localisation requirements must not impede the creation of a single digital market in Europe.  This is critical as Big Data, and the Internet of Things (IoT) continues to rapidly grow in importance. It is estimated that IoT can generate annual economic benefits of $11 trillion globally by 2025.

Even digital content remains blocked. Monique Goyens, director-general of BEUC, a consumer rights organisation, said, “It is regrettable that consumers can still be blocked from buying digital products such as e-books and music from sellers based in other countries. TV series, films and sports events will also stay off-limits.”

Andrus Ansip, Vice President in charge of the Digital Single Market of the European Commission, said, “Digital business is global business – we urgently need to address data localisation rules. Data is not only the basis of our digital future and prosperity; it is a valuable resource in itself. Keeping that resource unnecessarily stuck in national data centers or a particular geographic area means it cannot be used to its full potential.”

Because of this issue on Data Localisation, Ansip referred to the EU as “fragmented Europe” and believes that the message Europe is trying to send to start-ups is: “Stay at home or go to the US.” Paul Meller, the spokesman for the tech trade association DigitalEurope, adds, “If it becomes a legal minefield, that is not a clever way to get a young startup to become the next big business.” Ansip commenting on data localisation, said, “The core of the problem remains the same: national requirements on processing, storage and transfer of data. If we can get rid of needless national and local barriers to data flows, as well as address the underlying uncertainties, then everyone stands to gain – companies, governments, and consumers.”

Overregulation can also hurt European tech businesses. Nick Stringer, Director of Regulatory Affairs at the Internet Advertising Bureau UK, the UK trade association for digital advertising, explains: “There is the concept of ‘one-stop-shop’ in data protection, which means that tech companies only have to comply with the data protection authority of the country they are based in Europe, as Facebook does with the Irish data regulator. A restrictive approach in this area- and there are discussions about it in Brussels- will hurt European tech businesses more than it will hurt global ones because it is easier for the latter to comply since they operate at scale.”

James Waterworth, Vice-President for Europe for the Computer and Communications Industry Association, believes that an integrated European digital market will allow homegrown startups to scale up. Waterworth says, “Mega successes stories in the U.S. and China are ‘unicorns’ ranging between $50 billion and $100 billion, whereas in Europe, they are much smaller at around $6 billion to $7 billion. So Europe’s failure is not that it does not create tech startups, but that it does not allow them to scale up. The right policy response is to build scale, hence the value of the single digital market.”

A study conducted by the European Parliamentary Research Service estimates that the lack of integration in cloud computing, online payments, postal and parcel delivery costs Europe between 36 and 75 billion euros annually. By focusing on these gaps, Europe can boost their aggregate GDP by 0.4% annually.

Jean-Claude Juncker, president of the European Commission, believes that the agreement of a Digital Single Market is critical to rolling out 5G across the EU by 2020. Juncker notes that successful deployment of 5G across Europe can create 2.4 million jobs and bring in around 146 billion euros of economic benefits.

Another area that can deter a bright digital future for Europe is the skills gap regarding necessary digital skills. At least 32% of the EU working population needs to invest time in learning basic digital skills.

Estimates from the European Parliament suggest that a single digital market could boost the EU economy by 340 billion euros annually. One key reason is that only 15% of online shopping in Europe is cross-border because of the differences in digital infrastructure, business environment, and regulation. For example, E-commerce retailers across Europe pay different VAT rates depending on where they export. In Luxembourg, it is 17% while in Hungary, it is 27%. Portugal does not have access to content providers such as Netflix, while VAT exemptions vary across the continent.

A single digital market would allow homegrown startups to expand at home and create new industries. Estimates show that cloud computing could be a 174 billion euro market by 2020.

If the European Commission can tackle these issues head-on, it will boost e-commerce and allow easier cross-border transactions. Consumer trust will also be boosted. Innovation can propel Europe into its next trajectory of growth. With Macron at the helm of France and his pro-business and start-up stance, there is a decent chance that Europe can usher in a new era of digital growth through scaling of operations by European companies. It is tragic when only 15% of EU consumers purchase online from other EU countries, and only 7% of Europe’s SMEs sell cross-border. Also, only 4% of the online services used in Europe are EU-based. Most are US-based.

However, Germany, as one of the leaders in Europe, always preaches innovation, but then ends up over-regulating digital services. Dr. Colin Blackman, Director of the Digital Forum at the Centre for European Policy Studies (a Brussels-based think tank) said, “Member states proclaim to be in favour of removing barriers, but when push comes to shove they tend to think about short-term impacts and the interests of their own companies. Theoretically, the single digital market is feasible, but it needs the member states to buy into it and recognise that it is in their long-term long interest to move towards this direction.”

There is a tremendous upside for Europe if it embraces the digital economy fully. A Mckinsey report estimates that France has only captured 12% of the economic upside of going digital while Germany only 10%. This is compared to America’s 18%. Europe on the aggregate has captured only 12%. The European Commission should allow and encourage telecom providers to harmonise their regulation and security ecosystem to enable development of new businesses within a fair and competitive landscape.

Regarding supplying digital technologies to the world, America leads the way with nearly 50% of worldwide sales and two-thirds of post-tax profits compared to European firms making up only 17% of global revenue and 14% of worldwide profits.

The thing with embracing digital technologies is that it can boost jobs and productivity. Tools such as broadband, cloud computing, VOIP, social networking platforms, video conferencing and file sharing can allow people to work remotely and across borders. This is in line with the rise of the gig economy where people can market their skills in the digital marketplace and allow flexible ways of working and earning income for the unemployed and underemployed in the region. McKinsey consultants estimate that work-related digital markets and platforms can boost GDP by as much as 350 billion euros.

The plan by the European commission to build a new European Open Science Cloud to connect researchers across Europe and allow for storage and free data sharing across borders is a welcoming sign as it will require investment in a new European Data Infrastructure that can store and analyse massive amounts of data in the cloud.

EU’s Capital Markets Union project also has to step up to provide seed funding and scale-up capital to start-ups. This project is vital in producing tomorrow’s European digital leaders. This is because non-bank financing is relatively undeveloped in Europe.

Finally, the Privacy Shield agreement, which governs how US companies will handle the data of EU citizens needs to approved so that there remains to be a free flow of data across the US and Europe.