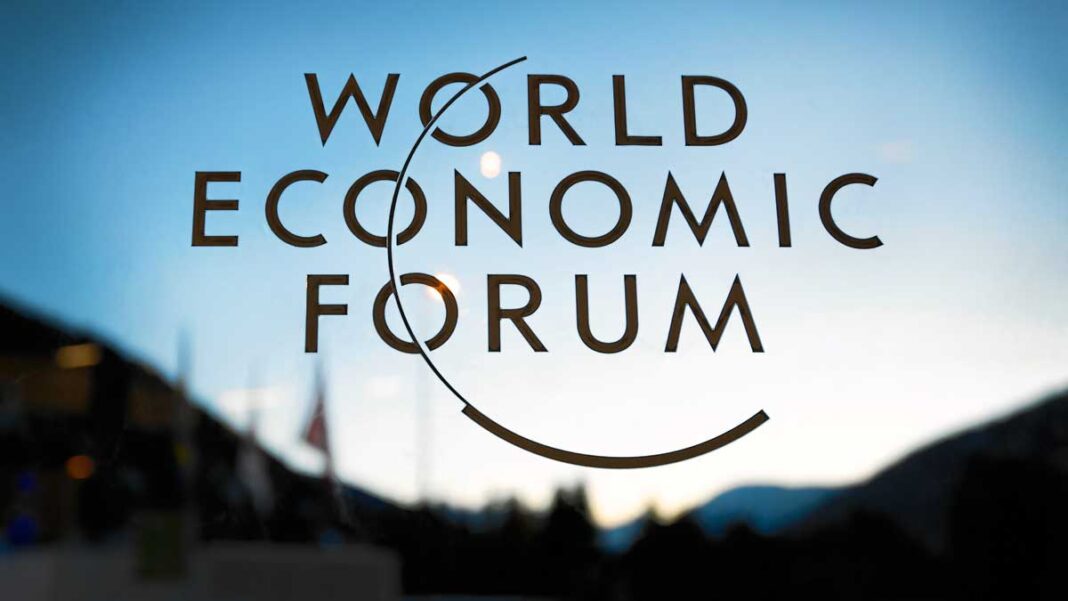 On a day where 61 senior business leaders announced their commitment to the Stakeholder Capitalism Metrics – a set of environmental, social and governance (ESG) metrics and disclosures – world leaders called for greater collaboration and issued warnings of the perils awaiting if we do not.

Ursula von der Leyen, President of the European Commission, called for a “Paris-style agreement for biodiversity”, laying out in stark terms the economic and social risks of failing to protect a high-functioning biodiverse ecosystem. She warned that issues – ranging from climate change and the pandemic to the lack of social media governance – pose a challenge to democracy, showing the “limitations of the old ways of working”.

According to von der Leyen, the global push to create a vaccine – something that was achieved in 10 months rather than over several years – reveals what happens with “pooled resources, shared expertise, manufacturers working together and government finance”. The European Commission president urged greater collaboration, arguing that we need to understand that “it is not weakness to reach and help each other, but strength.”

Angela Merkel, Federal Chancellor of Germany, reflected on how the “pandemic has left deep imprints on economies and our societies,” and will “determine how we live and do business in the next few years.” She focused on multilateralism and collaboration, arguing that the pandemic has shown “how much we are interlinked, how globally interdependent,” warning that “trying to isolate yourself fails.” Reflecting this, the German chancellor announced that “this is the hour of multilateralism,” which for her means greater transparency in global relations, as well as better supporting developing nations. Merkel declared that “development cooperation is in our national interest.”

Like a number of the speakers, Emmanuel Macron, President of France, used the word “vulnerable” to describe the human condition. He argued that the pandemic has shown that the “capitalist model can no longer work” and suggested that “we can’t build anything without reaping the benefits and learning the lessons of COVID-19.” Macron placed humans at the centre of this, saying: “You cannot think ‘economy’ without thinking about human beings,” adding that it will only be possible to address the pandemic with an economy that fights inequality.

Considering the economy of tomorrow, the French president said that in addition to considering innovation and humanity, it would have to build competitiveness while also fighting climate change and reducing CO2 emissions. He urged companies to play a role in fighting inequality in society and to take responsibility for mitigating the effects of climate change, and stressed how French businesses are already working hard to establish clear ESG metrics.

In an early morning special address, Cyril M. Ramaphosa, President of South Africa, set the tone for the day, describing how the economic challenges presented by COVID-19 had sped up the process of restructuring his nation’s economy. “The issue of collaboration, of working cohesively, has underpinned the plan,” he said. He argued that people rather than COVID-19 have created the challenges now faced, perhaps exemplified in the over-ordering of vaccines by wealthier nations leaving poorer countries and their populations facing shortages. He was, however, positive about future collaboration among African countries, describing the African Continental Free Trade Area (AfCFTA) as “a revolutionary, sea change initiative … possibly the most important initiative the African continent has undertaken.”

Ramaphosa used his address to call on countries that have bought up large supplies of vaccines for COVID-19 to release the excess. He said that a vaccine acquisition task force had been created, but that its work had so far only been marginally successful. Speaking in a related session, John Nkengasong, Director of the Africa Centres for Disease Control and Prevention (Africa CDC), warned of a second aggressive wave of COVID-19 in the region and, underlining the South African president’s comments, said: “We as a continent must recognize that vaccines will not be here when we want them so we must focus on the public health measures that we know work while we’re waiting.”

About The Davos Agenda

The Davos Agenda is a pioneering mobilization of global leaders aimed at rebuilding trust to shape the principles, policies and partnerships needed in 2021. A full week of global programming is under way, dedicated to helping leaders choose innovative and bold solutions to stem the pandemic and drive a robust recovery over the next year. Heads of state, chief executives, civil society leaders and the global media are participating in almost 100 sessions spanning five themes.