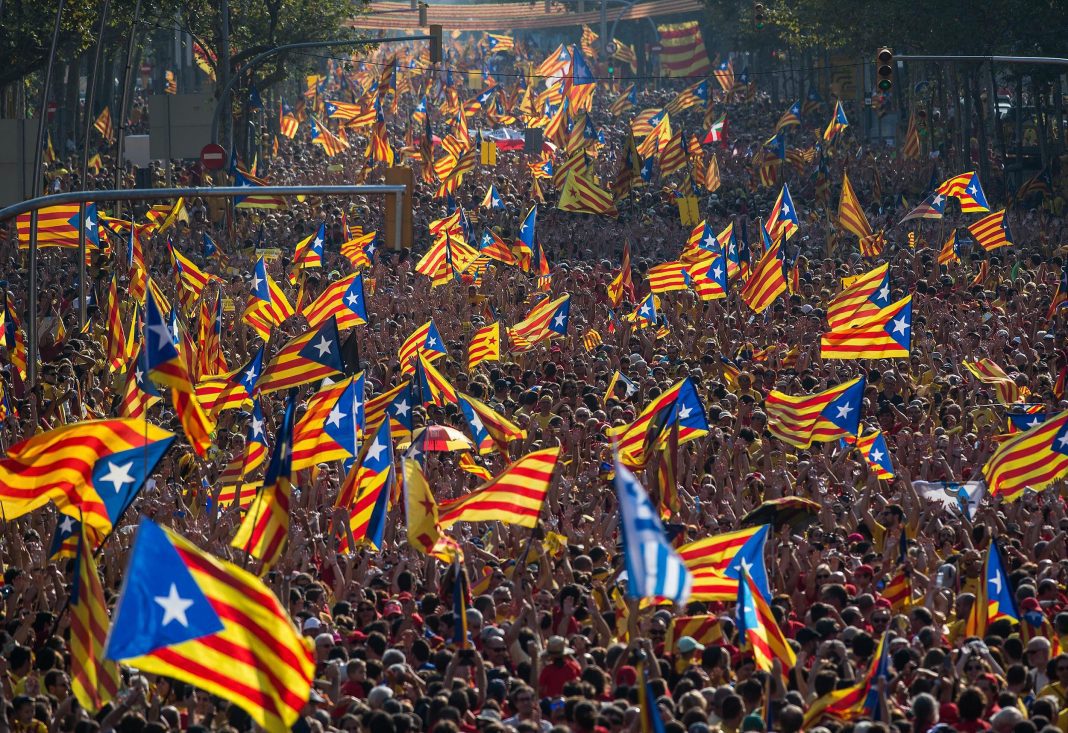 While the referendum will take place the Sunday, The Catalonian  bond market appears to very shaky as Catalonia bonds decouple from Spanish sovereign yields.

Catalonia Bonds expiring next year have seen yields spike over 2% – the highest in over a year – and more than 230bps higher than the equivalent Spanish sovereign bond yields.

In a special FT report released earlier this week, Rabobank’s Maartje Wijffelaars warned that “the relationship between Madrid and Barcelona has exponentially worsened in the past months, and it’s unclear how to put the genie back in the bottle”.

And judging by the Catalan police concerns, this will get a lot worse before it gets any better.Late on Tuesday, Catalonia’s chief prosecutor ordered the force to seal off buildings that will house polling stations before Sunday’s referendum which Madrid has declared illegal.

But such a step “could lead to undesirable consequences,” the Mossos d’Esquadra warned in a posting on Twitter on Wednesday.

“These consequences refer to public security and to the more than foreseeable risk of a disruption of public order that this may generate.”

The prosecutor also ordered police to deploy officers on the day of the ballot to prevent people from voting.

The order puts intense pressure on the regional police who are caught between their loyalty to local Catalan leaders who are pushing ahead with the referendum and their pledge to uphold the law.

Ignacio Gonzalez, a spokesman for Judges for Democracy, said it was “feasible” for police to seal polling stations.“The problem is the unrest that this could cause,” he told AFP.Deputy Prime Minister Soraya Saenz de Santamaria accused Catalan separatists of seeking to end “the years of democratic stability for which our parents fought”.

“We are perhaps living in an unprecedented historical moment because of the determination of certain separatists to deny centuries of shared history between Spaniards,” she told parliament.
Madrid’s opposition to the Catalan independence referendum drew a sharp rebuke from the Basque separatist group ETA, which released a statement accusing the state of being “a prison for the people”.Few observers are expecting Catalonia to actually become independent even if, as expected, the “yes” side wins on Sunday, with a more likely outcome seen to be an increase in autonomy for the region.Still, Ms Wijffelaars suggested “the negotiation period is set to take a long time and with the ultimate risk of unilaterally declared independence, uncertainty will linger in markets”.Analysts at Citi agreed that uncertainty is unlikely to go away, noting that “the risk of even larger confrontations between the two sides post-referendum is rising”:

In the long-run …solving the Catalan challenge may require more fiscal autonomy for the region and possibly allowing a formal self-determination referendum. With both overwhelmingly opposed by the rest of the country, we fear a solution remains years away.