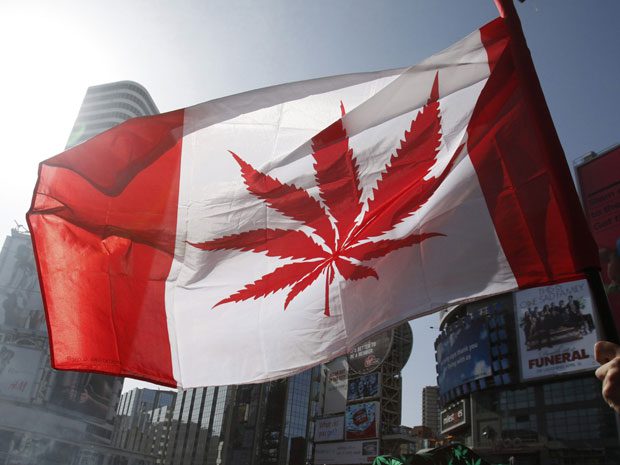 Canada made history recently when they introduced the full legalization of cannabis for recreational purposes. So far, legalization in Canada is going well and money is being plowed into more than 20 different research initiatives.

Canada became the second country in the world, after Uruguay, to officially legalize cannabis back in 2018. Medicinal cannabis was legalized there back in 2001, The Federal Cannabis Act took effect on October 17, 2018, making cannabis legal for any Canadian citizen living in Canada. This includes the “cultivation, possession, acquisition, and consumption of cannabis and its by-products,” according to the letter of the law.

Legalization so far is going smoothly in Canada, and people aren’t killing each other on the streets due to cannabis-induced psychosis. You would be forgiven for thinking as much after the way this herb has been suppressed and oppressed for so many decades. In any event, the tides are now turning, and the point is; it’s going well.

Black market sales of cannabis are soon to be a thing of the past, as dispensaries and medical facilities have everything Canadians need. The cannabis people are using, as well as things like CBD flowers, are regulated and checked before they’re sold; a far cry from pocketing a baggy of questionable quality buds in a parking lot somewhere. A year hasn’t even passed since legalization, and the even better news is that the Canadian government is already giving something back.

According to a recent Parksville Qualicum Beach News report, the Canadian Institutes of Health Research announced a $24.5 million investment into medical cannabis research. The funding is earmarked for 26 different projects throughout Canada, looking at cannabis for medicinal purposes and specifically at CBD oil. According to the organization, the money “will support research teams that will explore the therapeutic potential of cannabis in areas such as cancer, chronic pain, and neurodevelopment.

he new research initiative comes not from private funders, but from the highest echelons of the Canadian government. Ginette Petitpas Taylor, Canada’s minister of health, spoke about the funding. “We are investing in research to provide the evidence needed to maintain policies for cannabis use that protect the health and safety of Canadians,” she said. “The projects announced today will result in new information on the health effects of cannabis, which will be valuable to governments, public health professionals, health care providers, and all Canadians.”

At the same time, as the legal cannabis locomotive moves fast in Canada, funds have also been designated for public awareness projects in Alberta, as well as money from the University of Calgary. Canadians want students and young adults to understand cannabis and to know about its potential dangers. Bill Blair, the minister of border security and organized crime reduction, also spoke to reporters according to the same report.

“We have put in place a strict regulatory framework for cannabis that aims to keep cannabis out of the hands of youth and the profits out of the hands of criminals,” said Blair. “This research will make an important contribution as we continue to roll out the regulatory framework. We must continue to ensure that prevention, harm reduction, and education remain at the forefront of these efforts.”

But what about Canadian citizens who have previous convictions for cannabis possession which was a criminal charge at the time? A bill was introduced in March to deal with this issue and pardons were given to these people, with their criminal records being erased.

There’s no question that cannabis legalization is going well in Canada so far. It remains to be seen what the long-term picture will look like, especially after medical research is carried out and more is understood about this once forbidden herb.