Share on Facebook
Tweet on Twitter
The electric car revolution is here. In 2016, global sales for electric cars soared by 36%
and regarding actual numbers a quarter of a million electric cars were sold worldwide,
the biggest demand for which coming from China.
Tesla is in the lead in making electric cars with its luxury Model S which has made
electric cars look powerfully cool. Other global automakers like General Motors are
following suit. Ford and General Motors are aiming to produce more than 30 models of
electric cars (combined) by 2023 while Volvo aims to go all-electric by 2019.
Tesla and Volkswagen aim to make more than a million electric vehicles annually
starting 2025. Volkswagen will invest around $40 billion on electric cars, autonomous
driving, and new mobility services by the end of 2022. It is targeting around 80 new
electric cars by 2025.
In less than a decade, electric cars will be as affordable as current gasoline cars. In
Europe, electric cars are expected to account for almost 5% of vehicle sales by 2021.
Patrick Hummel of UBS said, “The shift to electric cars will come faster and in a more
pronounced way, fuelled by the diesel demise in Europe, battery technology
advancements and regulation in China and Europe. Europe will have the largest electric
vehicle penetration approaching 30% of new cars sold.” Norway is leading the way. In
2016, a third of the cars they sold were electric. Bergen, one of the cities in Norway, had
electric cars comprising 50% of the 2016’s total car sales.
One of the current difficulties in mass producing electric cars has been the battery
manufacturing component, but there have been steps to double and even triple current
production so that the battery prices would plunge in able to meet the growing demand
for electric cars. One of which is Tesla’s gigafactory that will spearhead the production of
car batteries. By 2030, improvements in car manufacturing and continuous
improvement in battery energy density will lead to a fall in battery car prices by more
than 70%.
BNEF’s lead advanced-transportation analyst Colin McKerracher said, “Lithium-ion
battery prices are going to come down sooner and faster than most people expect.” The
cost of lithium-ion batteries has dropped significantly from $1,000 per kWh in 2010 to
only $300 today. Analysts think that this could fall to $73 by 2030.
According to BNEF, Europe, China and America will lead the charge for electric cars as
they have been proactive in giving subsidies and creating charging points that will
facilitate the electric car revolution. BNEF projects that in 2040, 67% of the new cars
sold in Europe will be electric cars.
The planned phasing out of non-electric cars has been instrumental to the rapid growth
in electric car production. The UK and France aim to phase out the selling of non-
electric cars by 2040. Norway wants to phase it out by 2030.
The trend towards renewable energy has also been a key factor in the rise in the electric
vehicle market. Jon Moore, the chief executive of BNEF, said that the rise in electric cars
“will come about during a time when the power system is also undergoing a revolution
towards cleaner, more distributed generation.” The UK and France have placed a ban on
new petrol and diesel cars by 2040. Europe also has imposed penalties for driving and
parking restrictions for combustion engine vehicles.
Adopting electric cars is a key strategy to fighting climate change, and the International
Energy Agency has calculated that electric vehicles should be at least 40% of passenger
vehicle sales by 2040 to meet the climate goals set in the Paris Agreement.
Other trends such as on-demand transport like Uber and continuous testing of
autonomous vehicles are helping the electric vehicle market. One advantage that electric
cars over their internal combustion engine counterpart are their lack of mechanical
complexity and easy maintenance. This means they are compatible with the driverless
technology. Francesco Starace, CEO of Enel SpA, said, “I do not see driverless being
pushed into internal combustion engine vehicles.”
Regarding charging, Europe is looking to build a network of public charging stations to
make sure a power source is always nearby. This electric highway of ultra-fast charging
stations will connect Norway to Italy. It will have 180 ultra-fast charging stations that
allow for a charge rate of 150kW that could later go up to 350kW.
Royal Dutch Shell in collaboration with Ionity will help Shell’s largest petrol stations
(around 80) to be able to handle the charging of electric cars in as little as five to 10
minutes.
Tesla, on the other hand, is looking for ways to reduce the time it takes to recharge a
depleted battery.
Charging batteries are probably going to one of the biggest hurdles for electric cars to
dominate. Highly urbanised and dense urban areas and massive traffic could deter
efficient charging for cars.
Belgium looks to be a bright spot regarding providing critical infrastructure for electric
vehicles to flourish. According to i-Cleantech Vlaanderen, Belgium has more than 20
charging stations per 1,000 km and is currently ranked 4 th in Europe. Netherlands is at
the top with 150 stations per 1,000 km followed by Switzerland and Luxembourg.
Norway is 10 th in Europe regarding charging stations.
Car dealers also need to be educated and given incentives to sell electric cars as many
car salespeople are not equipped with the knowledge needed to market electric vehicles
and because these vehicles are low maintenance, servicing incomes are likely to drop for
car dealerships that provide repairs and maintenance.
Only time can tell how fast the adoption of electric vehicles will be. It could be gradual,
or it could be fast, just as all mobile phones sold eventually were all smartphones. Reda
Cherif of IMF said, “Adoption of a new technology like electric cars may seem slow or
look like it is never going to happen until it passes a threshold, and then it just takes
off.” The odds are that it will eventually take off. 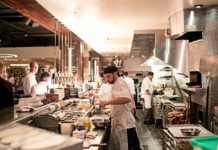 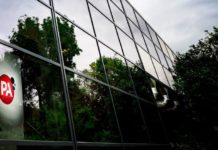