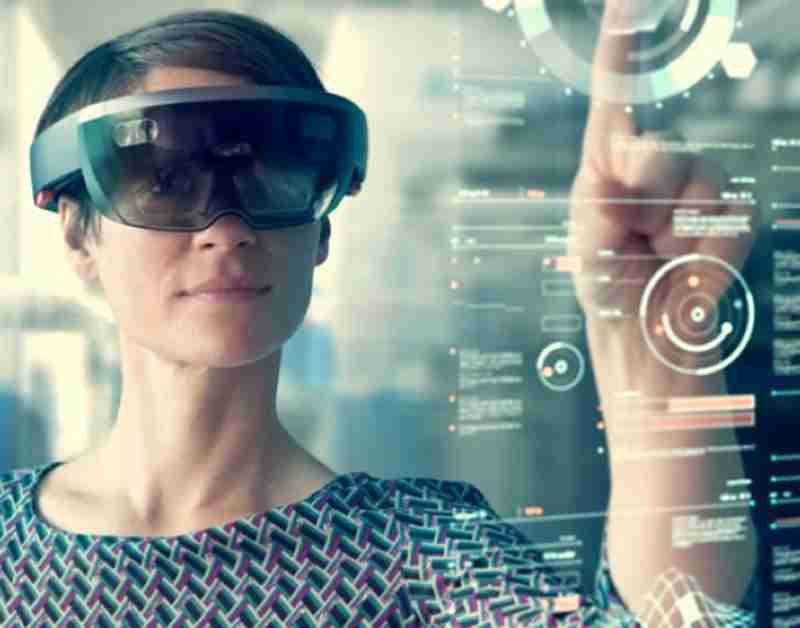 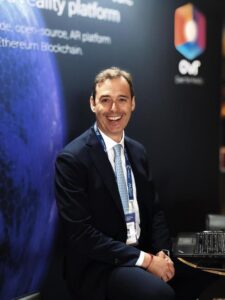 Euopean Business Magazine caught up with Diego De Tommaso (pictured)  Co-founder and COO of Metaverse Tech Company OVER. OVER is building the first augmented reality (AR) open metaverse. Heralding a new dawn for the metaverse, OVER enables users to create unique geolocalized experiences that bridge the gap between our physical and digital worlds. Utilizing best-in-class, community-driven 3D mapping, OVER provides users and builders alike with the opportunity to own AR metaverse real estate, map their local areas to earn OVR tokens, and explore Web3 like never before. Committed to cross-platform interoperability, OVER supports real-time augmented reality capabilities, AI avatar motion-captured interactions, and hyperrealistic NFT assets which, in time, will be transmissible between metaverses. With more than 923K active participants, OVER is setting the standard for a decentralized AR ecosystem in Web3.
In your own words, what is the metaverse?

The metaverse is a buzzword, an undefined concept that embraces a wide range of concepts and aspirations. Until Facebook changed its name to Meta, less than one year ago, nobody but science fiction enthusiasts had used such a term. Today the term is attached to a wide range of businesses and curricula trying to ride the speculation wave creating even more confusion on what the metaverse is. Asking what the metaverse is today is not dissimilar to asking what was the internet like in 1990. Instead of giving a oneliner definition of the metaverse like “The 3D version of the Web”,  I would rather more loosely define it by a list of characteristics:

What makes OVER different from other metaverses?

Incumbent metaverses are focused on VR, or more specifically, occlusive environments. This means that the experiences are disconnected and something different from the physical world. This version of the metaverse definitely has potential and will see sustained growth in the years to come. Yet, needless to say, we’re physical beings, we live in the physical world and we will not spend most of our time in an occlusive environment with goggles on our faces. Digital information and experiences need to merge with the physical world in which we live. That is inevitable since this is the path of least resistance for the consumption of information. Such a fusion is enabled by AR, that’s why OVER – while also supporting VR/Occlusive experiences – envisions the creation of an open AR metaverse. A digital layer of mixed reality over the physical world that augments it does not takes us away from it.

What are the main use cases for the metaverse in business?

All of the business models that we see thriving today on the web will be on the metaverse, but one example, in particular, is e-commerce. Imagine browsing products in VR or AR and having a virtual 3D assistant helping you in choosing the product or service that best fits you. Isn’t that more effective than looking for a product in a 2D grid of a screen? We can grasp a sense of that with Apple, why are they showcasing their products in AR? The answer is in the difference in the feeling of a product when you see it blended with the physical world in front of you instead of seeing it even in 3D on a web page. Our brains are wired to process spatial data in a 3D world, and presenting any kind of information in such a form is much more effective. As soon as technology will allow for such an experience businesses will move in such a direction.

What is Augmented Reality and why does it belong in the metaverse?

AR is the intersection between the digital and the physical world, it is a means to blend the proto-metaverse we’re leaving in – let’s not forget that on average we spend more than 6.5 hours staring at a small 2D screen browsing the web and socials – and the real world. It’s the ultimate realization of the metaverse where the digital and the physical are seamlessly connected, a digital augmentation of what is ‘real’.

AR allows users to access the metaverse through their phone, do you think this is the key to widespread adoption of this technology

Smartphones are today powerful enough to deliver both AR and VR/Occlusive experiences, a connected super-computer that we always carry with us. There’s no doubt that being compatible with such a device is a great advantage, yet I do believe that the great explosion of AR will happen when we will finally have some affordable and high-performing Smart Glasses. We will be ‘heads up’ again and will stop staring down at a small 2D screen and instead look up at the real world in its AR-augmented form.

OVER is building an AR, open metaverse. What capabilities will an open, interoperable augmented reality metaverse provide for users and brands?

Charlie Munger once said, “show me the incentive and I’ll show you the result”. If we build the metaverse on a Web2 paradigm we will get to the same final result, a small group of powerful companies farming our attention and letting us with some “likes” or “mentions”. That’s not what we want to build, we want to break out from the “original sin” of the web, the lack of an ownership layer that finally collapses on value extraction from users. We want to build the metaverse on a web3 infrastructure letting users, the actors that create the value, to own such a value. That opens up a whole new paradigm of incentivization and involvement for final users but also creates new value opportunities for brands. A corollary of the Web3-enabled metaverse is that the digital assets existing in it are represented by NFTs, as such those assets are independent of the platform where they were created. This creates a new asset class that could not exist before, In web2 you can create a digital asset but it will only exist inside your platform/website. It’s like buying a bag in a luxury shop without being able to wear it outside of the shop, what would be the value of such an object? That was the situation of digital assets before the advent of Web3. That’s why the open metaverse (based on Web3) is so revolutionary not only for users that can own parts of the platform they’re interacting with but also for brands, it allows for the ownership and the trade of assets that could not exist before.

Where do you see this technology heading in the coming years?

We will spend more and more time in the digital world, or better, in an augmented version of the physical world – technology development and investments are steadily pushing us in such a direction. And that’s only a part of the equation. AI will also be a big disruptor of society as we see it today, the capabilities of computers are going well beyond what we thought was possible just a few years ago. We have language models outperforming human capabilities and passing the Turing test on specific tasks such as writing articles. We also have diffusion models that can create incredible art from simple text prompts, algorithms capable of recreating 3D environments from 2D pictures, and the list could go on… and that’s accelerating.  In the coming years, we will not only have an augmented experience of the world through the metaverse but also our place in such a world will be re-defined by our new AI capabilities.

IT Investments CIOs Should Consider Before Recession Strikes