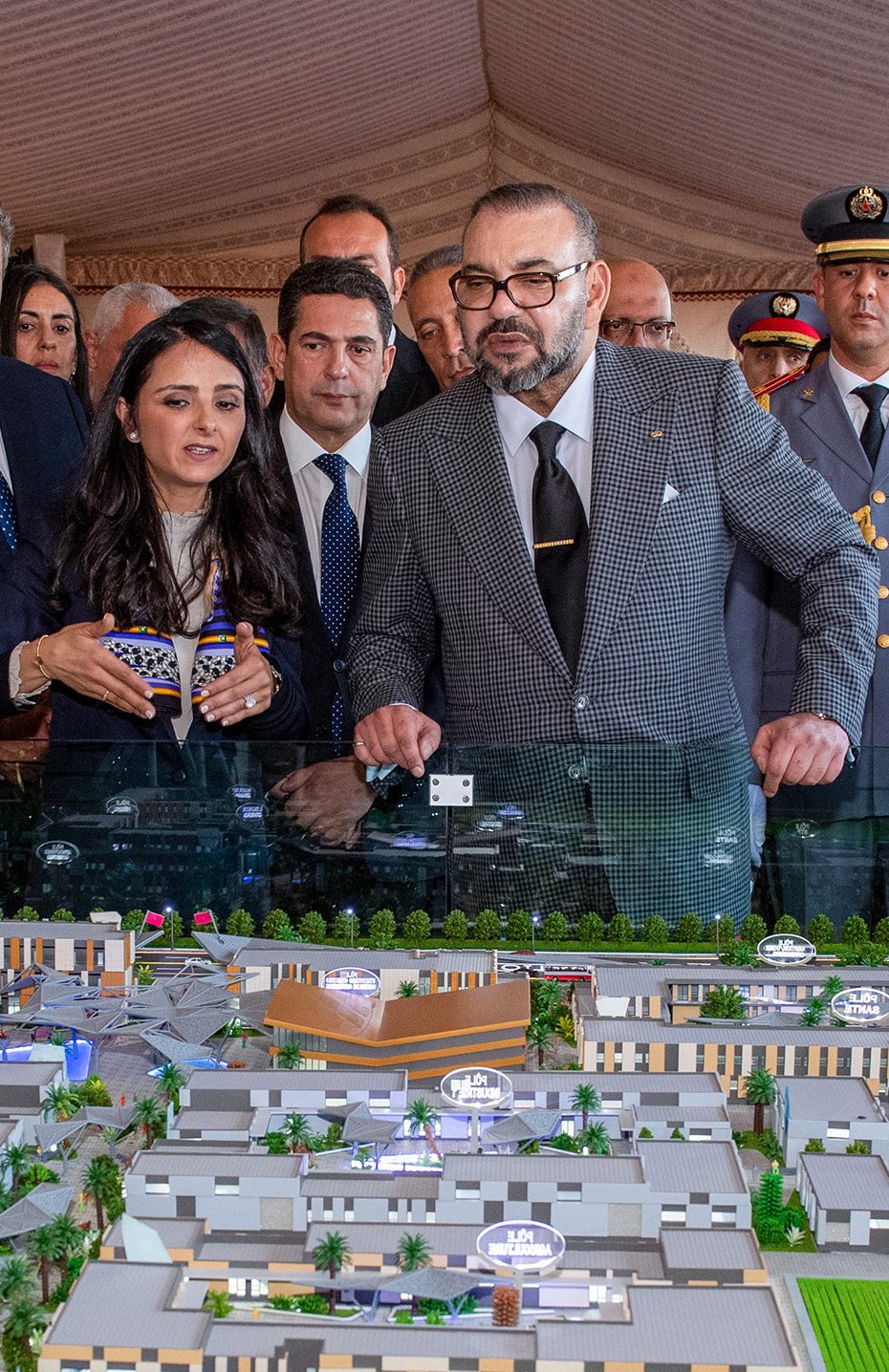 Morocco, a North African country bordering the Atlantic Ocean and Mediterranean Sea, distinguished by its Berber, Arabian and European cultural influences, has a thriving economic market, and enjoys the benefits of international trade and global partnerships. Offering political stability, institutional and macroeconomic dependability and a steady GDP growth rate of approximately 4.5% over the past 20 years, Morocco is one to watch.

Reliable and effective, this innovative country can act both as a bridge, connecting Europe and Africa, and also as a profitable manufacturing hub in itself. Leveraging its geographic and cultural ties with Africa, the Middle East and Europe, its world class infrastructure alongside the new Mohammed VI Tangier Tech City, Morocco’s manufacturing sector is booming.

Morocco has had institutional relations with Europe since the 1960s, resulting in the Advanced Status of 2008, upgrading the Euromed process and the Association agreement, among other mutually beneficial arrangements. Morocco’s well-developed operating environment, its reintegration into the African Union, and its strong presence in the Economic Community of West African States (ECOWAS) all play an important role. Furthermore, the Industrial Acceleration Plan promotes firms to extend operations across Africa, developing Morocco’s status as a gateway for international investment in the continent. The emergence of a middle class in the greater north west of Africa, with Morocco as economic catalyst, further supports companies to explore this new market, and has opened up opportunities for European companies to expand.

There is an established history between Morocco and Europe, and King Mohammed VI has always been a Europe enthusiast. His PHD thesis in Law was dedicated to the relationship between Morocco and the European Union, and he did an internship at the European Commission with Jacques Delors at the end of the eighties. Since his arrival in the throne in 1999, he has pursued three economic sequences.

Firstly, from 1999 to 2007, there was an infrastructure building sequence backed by public spending. The results were staggering. Morocco went from 100km of highway in 1999 to more than 2000km in 2020. Additionally, the building of the largest African port, an $800m project, and the $4bn Tangier to Casablanca high-speed railway, are two of the most noteworthy recent projects completed. Major road, rail, airport and port infrastructure upgrades will continue in line with goals set out in the government’s long-term infrastructure strategy. These ongoing infrastructural improvements position Morocco as a strong link between Africa and Europe and intra-Europe trade. Secondly, from 2007 to 2012 a phase of rapid internationalization through industry was launched. French carmaker Renault arrived in 2007, followed by PSA in 2015, and several hundred subcontractors from the automotive industry have since located in Morocco. This influx will help the country reach its stated goal of having the capacity to build 1 million vehicles a year by 2025, and Morocco will rank among the top 15 vehicle-producing countries in the world. Automobile shipments grew at an average annual rate of 39% from 2009 to 2018, resulting in a jump from $224m to $3.9bn. Aeronautics has also developed significantly. Strong growth in these higher-value-added exports, including cars, electrical machinery and aerospace parts, will enable Morocco to continue to evolve as a manufacturing export hub into the future.

While the world was coping with the financial crisis of 2008, Morocco started an ambitious investment programme with regards to Africa. Continent leaders from Morocco emerged in the financial sector, construction and services and Morocco became the first investor on the continent in 2018. Integration into EU supply chains has seen the kingdom move up the value chain from a traditional focus on low-skilled textile exports to higher-tech industries. Morocco has been consistent in attracting an inward flow of foreign capital, specifically in banking, tourism and energy sectors.

Thirdly, after the Arab Spring the focus was on correcting the economic and social problems created

by the rapid growth of the previous sequences. Constitutional reforms in 2012 led to more stability, and Morocco used this advantage to reinforce its position as a bridge between Africa and Europe. The king launched a programme of decentralisation and deconcentrarion in 2011 in order to create more territorial equilibrium and to develop remote regions. Also, the last sequence concentrates on environmental issues, investing heavily in solar and building the Noor Power Plant, the largest solar plant in the world. This area started to reap the rewards as Morocco became a net exporter of electricity to neighbouring Spain in 2019.

These economic undertakings have already paid off, with the IMF forecasting that real GDP growth will accelerate from an annual average of 3.1% in 2014 – 2018 to 3.8% until 2023, outpacing the average annual growth in the MENA region of 2.7% over the period. Additionally, the current account deficit is expected to narrow from 4% of GDP in 2019 to 2.8% by 2023, thanks to rising exports of goods and services.

Foreign direct investment (FDI) is central to Morocco’s growth, and reforms have already boosted the attractiveness of investing in Morocco in recent years, contributing to surging FDI inflows. Investment opportunities in Morocco are particularly attractive in four sectors, namely export-orientated manufacturing, renewable energy, tourism and logistics services. FDI grew at an average annual rate of 7.5% over the past decade to reach a record $3.6bn in 2018, making the country the fourth-largest recipient of FDI in Africa, according to the UN Conference on Trade and Development (UNCTAD).

Morocco is one of a handful of countries that enjoy such an advanced partnership with the EU. Simultaneously, Morocco is firmly embedded within its continent, and part of an African free trade area which offers an abundance of opportunities for Africa and international businesses. In essence, Morocco is a hub and a facilitator for all things European into Africa.

The COVID-19 crisis has showed an over dependency on south Asian manufacturing for many European companies. Morocco is the best cost alternative to reshape regional and global value chains, allowing Europe to secure supply for its industry. Morocco is pivotal for the future of EU Africa relations, and the moment is now for Morocco, a bright spot for investment in the MENA region in 2021 and beyond.