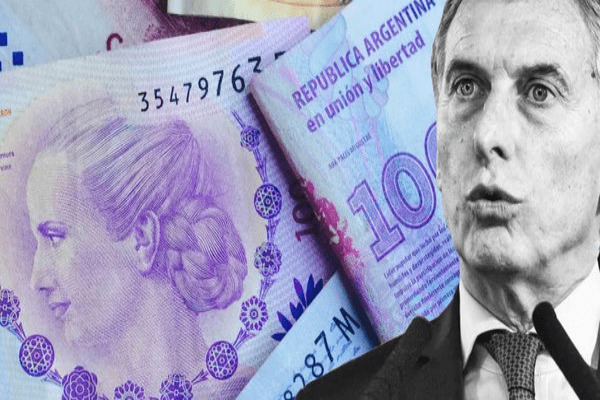 After a surpise defeat in primary elections on Sunday, many experts believe that it is now all over for Argentina’s President Mauricio Macri. The market’s were clear- another collapse for the peso, reviving bad memories of last year’s currency crisis suggests that investors doubt the reformist leader’s ability to continue his bid to transform Argentina. Mr Macri received just 32 per cent of the vote while his populist rival Alberto Fernández won an unexpected 47 per cent, leaving the situation looking bleak for the ruling coalition.

The main Argentine market plunged more than 30% on Monday, marking the second-biggest one day slump anywhere since 1950, Reuters reported. Meanwhile, the peso closed 15% weaker at 53.5 per U.S. dollar. The currency had been trading at 45.25 on Friday.The election result had earlier prompted Argentina’s euro-denominated bond to fall 11 cents lower, according to data reported by Reuters.

The opposition ticket of center-left Alberto Fernandez, whose running mate is populist ex-leader Cristina Fernandez de Kirchner, secured 47.7% of the vote, with roughly 99% of the ballots counted. Meanwhile, Macri and his running mate, Miguel Angel Pichetto, received 32.1% of the vote.

At a news conference Monday, Macri said his coalition would “reverse bad primary election result of yesterday” and that the Peronist opposition should look at its own policies after Monday’s market slide.The result of the primaries, seen by many as a key gauge for the first round of Argentina’s presidential elections on Oct. 27, is thought to be a clear signal that the South American country is ready to reject the ruling government’s austere economic policies.

It has prompted analysts to warn of widespread panic in financial markets, with Argentine stocks, bonds and the peso thought to be headed for a day of turmoil.

It leads to the question whether the IMF bailout programme in peril? Mr Kulfas said on Monday that Mr Fernández’s team spoke to IMF officials when they visited Argentina a few weeks ago. “We ratified our will for dialogue, but from a position in which we will try to modify the agreement because we think that on the current path we are not achieving the objectives” of reactivating economic growth and reducing inflation, he said. Whatever happens, the renewed volatility in the peso is worrying. With 80 per cent of Argentina’s debt denominated in foreign currency, a continued depreciation would put further pressure on the country’s debt dynamics and raise the likelihood of yet another Argentine sovereign default.

The presidential primaries were seee by many as a referendum on Macri’s painful economic reforms. The openly pro – president had promised to continue with the same austerity-driven approach if reelected later this year.He had hoped small glimmers of an economic revival would be enough for voters in South America’s second-largest country to stick with his free markets reform agenda despite a recession and 55% inflation.