Home Business How Artificial Intelligence Is Changing the World 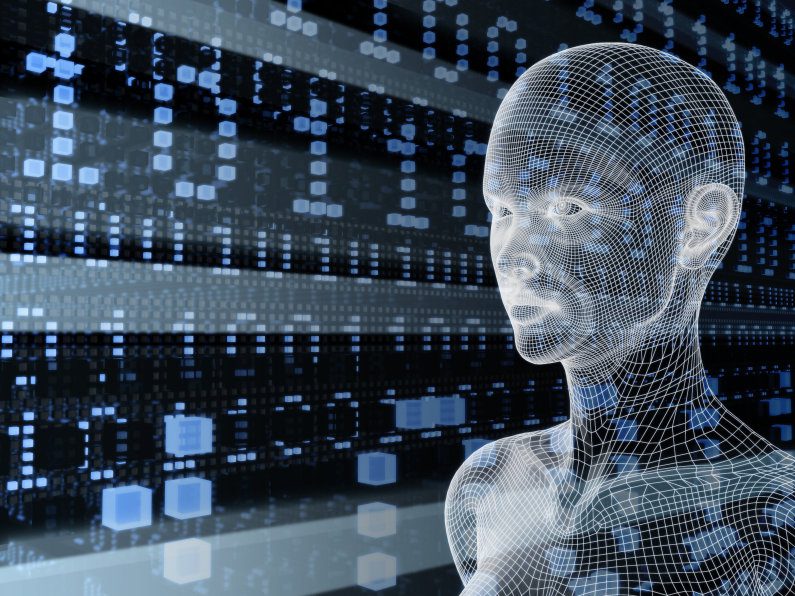 How Artificial Intelligence is Changing the World

The World Of Computing And Business

Amazon is investing on Alexa, IBM is investing $1 billion in its Watson, while Facebook, Google, and Microsoft are all using their research labs to AI and robotics. Salesforce.com is adding artificial intelligence into their business processes. They call it Einstein. Salesforce.com CEO Mark Benioff, said, “The value of Einstein will be in helping people do the things that people are good at and turning more things over to machines.”

When machines start to do some “deep learning” which means it can process sophisticated information on its own, it will be able to perform complex functions like facial recognition and maybe even speech.

As Big Data continues to permeate our lives, it will also continue to speed up the improvement of artificial intelligence.

Arria uses natural language generation software that simplifies and humanizes the analysis of data-heavy reports. Arria’s Chief Technology Officer Robert Dale, said, “By emulating human behavior in software, you get technology that can carry out tasks that are more than just straightforward number crunching, with the machine exhibiting real intelligence. But you get all the benefits of this being done by software: it is incredibly fast, it is incredibly consistent, and it does not need to sleep or take vacations, so it is available 24/7.”

Regarding work, artificial intelligence will now be the ones deciding whom to recruit. Instead of a human being combing through thousands of resumes, a program can

process massive amounts of information and comb through it to come up with a list of shortlisted candidates. A lot of time and effort will be saved and artificial intelligence might even lessen the human risk of choosing the wrong candidates for interview.

Juergen Mueller, SAP’s chief innovation officer, said, “Recruiters spend 60% of their time reading CVs. Why should a person read 300 resumes if a machine can propose the top 10?”

Artificial intelligence can also play a positive role in helping the employees remain engaged with their work. Programs can analyze the emails of workers and figure out if they are unhappy with their jobs so that management can intervene and help workers get out of the unproductive and negative state.

Programs can also analyze how employees spend their time online. It can raise red flags if the employee visits sites unrelated to work. The program can warn management of these unproductive employees, and they can do the necessary action to get them back on track to productivity. On the other hand, the program can also be used to track who is the most productive and efficient with their work and management can give the necessary rewards to achieving certain levels of productivity and efficiency.

Celeste O’Keefe, CEO of Dancel Multimedia, uses a program called Veriato to track the productivity of his team. He said, “It has allowed us to be more streamlined and focused on the task at hand. We can see what they are doing and guide them in the right direction.”

Decisions as to whom to promote can also be done by artificial intelligence. It will remove human biases and may make promotion decisions more effective.

The only problem with the potential benefits of artificial intelligence is the world of work is it needs massive data, and so there could be lots of privacy issues and intrusion into the private lives which people might not like.

Many jobs could be lost, even professional work such as doctors, accountants and lawyers could are under threat to be replaced by robots and artificial intelligence.

According to a 2013 study by Carl Benedikt Frey and Michael Osborne, around 47% of workers in America had a high risk of potential automation. Those working in transport and logistics, office support, sales and services all faced a significant risk of

computerization. For Britain, the risk was 35% while in Japan; the risk is high at 49%.

As such, there has been an increased call for a basic income. In fact, Bill Gates even wants to robots to be tax if they replace a human being as labor. Former U.S. President Barack Obama said, “If properly harnessed, it can generate enormous prosperity and opportunity. However, it also has some downsides that we are gonna have to figure out regarding not eliminating jobs. It could increase inequality. It could suppress wages.

The job effect is positive after the lost jobs are subtracted. The challenge for workers is to therefore learn new skills more quickly and better than in the past to be able to remain relevant in the job market.

Elon Musk is channeling funds into a new venture to achieve his vision that one day the human body can interact with artificial intelligence seamlessly.

For those with amputated limbs, artificial intelligence offers hope for them as robotic limbs can be implanted and work along with the human body. The stage is set for a cyborg society.

Sex robots are on the horizon. As robots become more intelligent, intimate relationships between humans and robots are not far-fetched.

The Dutch government has already done their test drive of driverless trucks operating across Europe. Uber has recently acquired Otto for $680 million. Otto is a startup that deals with auto-drive trucks.

Consulting giant, Mckinsey, has predicted that in less than ten years, a third of all trucks globally will be self-driving.

One of the positive outcomes of artificial intelligence is that they can be used to do the extremely dangerous jobs. For example, bomb defusing can be done by drones. Drones can also be used by the police and army to attack hostage takers and terrorists who might have implanted booby traps for the police and soldiers.

In some developed nations, robots are now the ones doing welding which is a toxic job regarding exposure to toxic substances as well as intense heat and insane noise. This makes welding a very hazardous job, but for robots, it can work under such intense environment.

Impact on Sales Programs and Departments

Artificial intelligence harnessed by sales department can also be beneficial. It can be used in customer relationship management functions. According to Uzi Shmilovici, a thought leader in Prescriptive Sales technology and the CEO of Base CRM, sales programs infused with artificial intelligence can provide excellent feedback to sales professionals to improve their craft and campaigns. Shmilovici, said, “Artificial intelligence programs can scan through millions of events to find patterns and correlations that we just would not notice on a day to day basis. So it might notice a correlation between sending a specific pitch deck to prospective clients before calling them results in better conversions. Alternatively, it might notice that sending a weekly follow up email can yield results up to 8 weeks after initial contact. These are small practices that a sales professional might miss, but that can increase performance over time.”

Artificial intelligence infused in sales programs and used by sales professionals can become a competitive edge for the company. Shmilovici asserts, “The impact of artificial intelligence on sales today is significant enough to qualify as a top-tier competitive advantage. Every CRM company is actively working to release their Prescriptive Sales platform for that reason. This is the wave of the future. By combining Prescriptive Sales technology with a talented sales force, companies will be able to achieve growth at a much quicker pace. This technology could potentially become the future of sales and marketing.