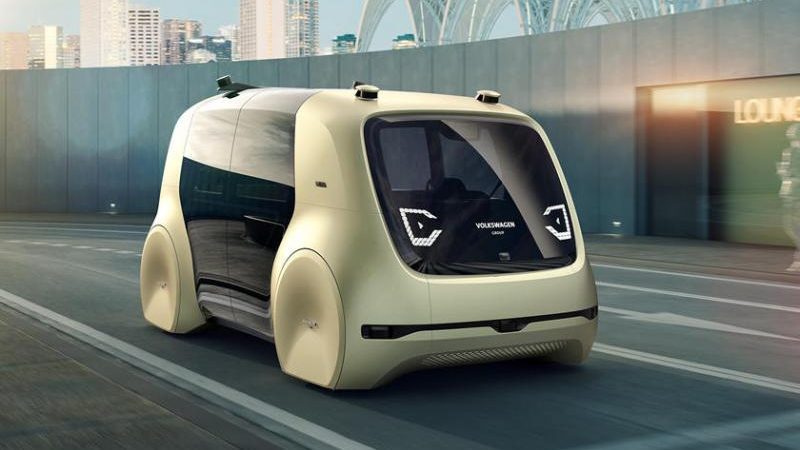 The advent of ride-hailing apps started a revolution in the taxi industry. While the existing firms have focused on making their service more transparent and modernize, other tech-savvy companies are incorporating artificial intelligence (AI) to give rise to a new force: robo-taxis.

Thanks to the development in AI and autonomous vehicles industry, the demand for robo-taxis skyrocketed over the last couple of years. According to Allied Market Research, the global robo-taxi market is expected to hit $16.89 billion by 2030 with a CAGR of 74.2% from 2023 to 2030. That’s because of increased demand for fuel-efficient and emission-free vehicles and need for better road safety and traffic control.

In a nutshell, robo-taxis or self-driving taxis are nothing but autonomous vehicles that are operated by an on-demand mobility service. A robo-taxi is equipped with several sensors such as LiDAR and RADAR, making the vehicle more efficient to operate. This further supplemented the market growth, especially across Europe, owing to increase in number of startups and surge in investments in the robo-taxi industry by the major market players.

Goggo Network, a Madrid-based startup decides to run a fleet of robo-taxis in Europe within the next five years. Recently, the startup secured €44 million from SoftBank to bring robo-taxis on the roads of Europe. Despite the prominent competitors such as Google’s Waymo and China’s Pony.ai that are way ahead in the autonomous industry, Goggo Network aims to develop a regulatory framework across Europe.

On the other hand, increase in partnerships to develop and launch robo-taxis has boosted the market growth in the European region. For instance, AutoX, the autonomous vehicle start-up, and NEVS, a Swedish electronic vehicle manufacturer teamed up to improve the existing autonomous drive technology of AutoX in the architecture of NEVS. With this partnership, the companies aim to deploy large-scale robo-taxi pilots in Europe by the end of 2020. This integration of technologies is inspired by NEVS’s “In-Motion” concept that was shown at CES Asia in 2017. Ultimately, the companies aim to deploy a large fleet of robo-taxis across the globe.

Although the partnership propels the growth of the robo-taxi in the region, it brings more benefits to AutoX. With this partnership, AutoX becomes the second company in the world to be permitted by the California Public Utilities Commission to work on the robo-taxi program and launch of its service, xTaxi.

Initially, AutoX was focused on developing self-driving vehicles for delivering packages. However, recently the company raised around $58 million from strategic investors and ventures to launch its robo-taxi service.

Competitors across the globe

technology has already reached around 10mn miles on real-world roads. However, Waymo One’s robo-taxi relies on its app, but the company has recently partnered with Lyft, the ride-hailing company, which is expected to help its ecosystem.

Another strong competitor is Tesla. Although the vision of the company about the future of the robo-taxis is slightly different from the rest, the company plans to launch its autonomous ride-sharing network by the end of 2020. The company aims to create a distributed network of personally-owned vehicles to be used as a taxi when not in use by their owners. This strategy offers one crucial advantage over other competitors that it uses the existing fleet of vehicles that can be upgraded through software. What’s more, according to Elon Musk, the company would have over a million robo-taxis on the road within a year. Tesla plans to earn around 25% of the revenue generated by this service and the rest would go to the vehicle owners.

Keeping in mind the ever-increasing pollution across the globe, ride-hailing is bound to change the way we travel. Furthermore, the benefits of AI and advancements in autonomy would make the robo-taxis the future of transportation for sure. Swamini Kulkarni holds a bachelor’s degree in Medical from Pune University, and works as a content writer at a reputable firm.

She is deeply fascinated by the impact of technology on human life, and loves to talk about medical science and mythology. When she is not glued to the computer, she loves to read, travel, and day dream about her areas of interest.